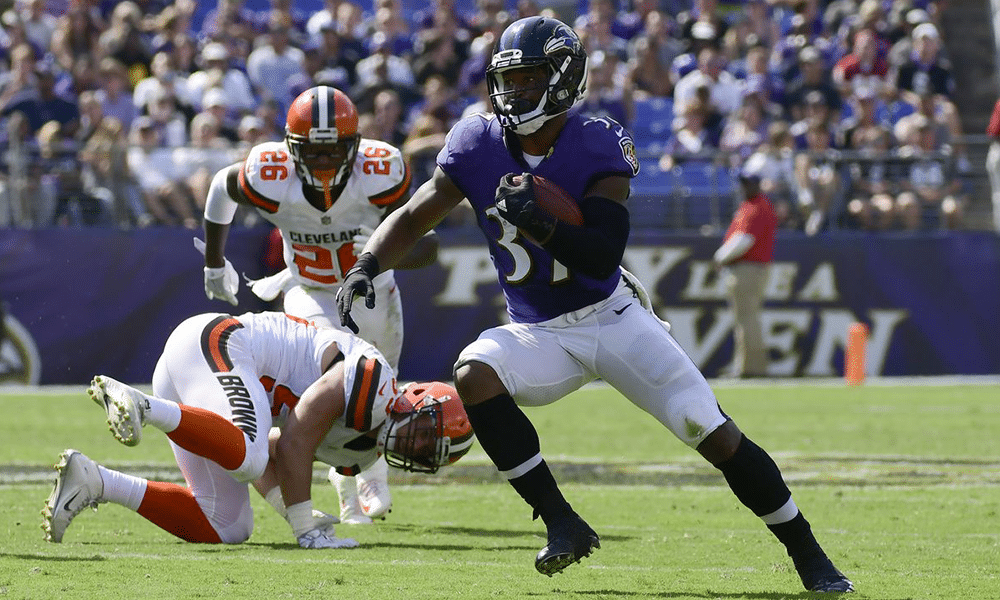 Kenneth Dixon was recently placed on the IR, making Allen the handcuff to own behind Alex Collins. Allen is a solid FLEX with low end RB2 upside in PPR leagues.

Alex Collins has a small contract and fumbling issues and is a decent receiving back also but Allen is the more trusted option on third down and in come from behind situations and in garbage time. Allen has shown a solid floor with averages of just under 1,000 total yards (850-900) and (4.5 AVG total TD) in two full seasons. A number that could rise if Collins continues to have fumbling issues or the Ravens are constantly trailing in games leading to more snaps for Allen over Collins due to game script. While Allen will never be a high end RB2 he is a solid FLEX and bye week fill in.