Boston Bruins on a Tear? No Kadri? 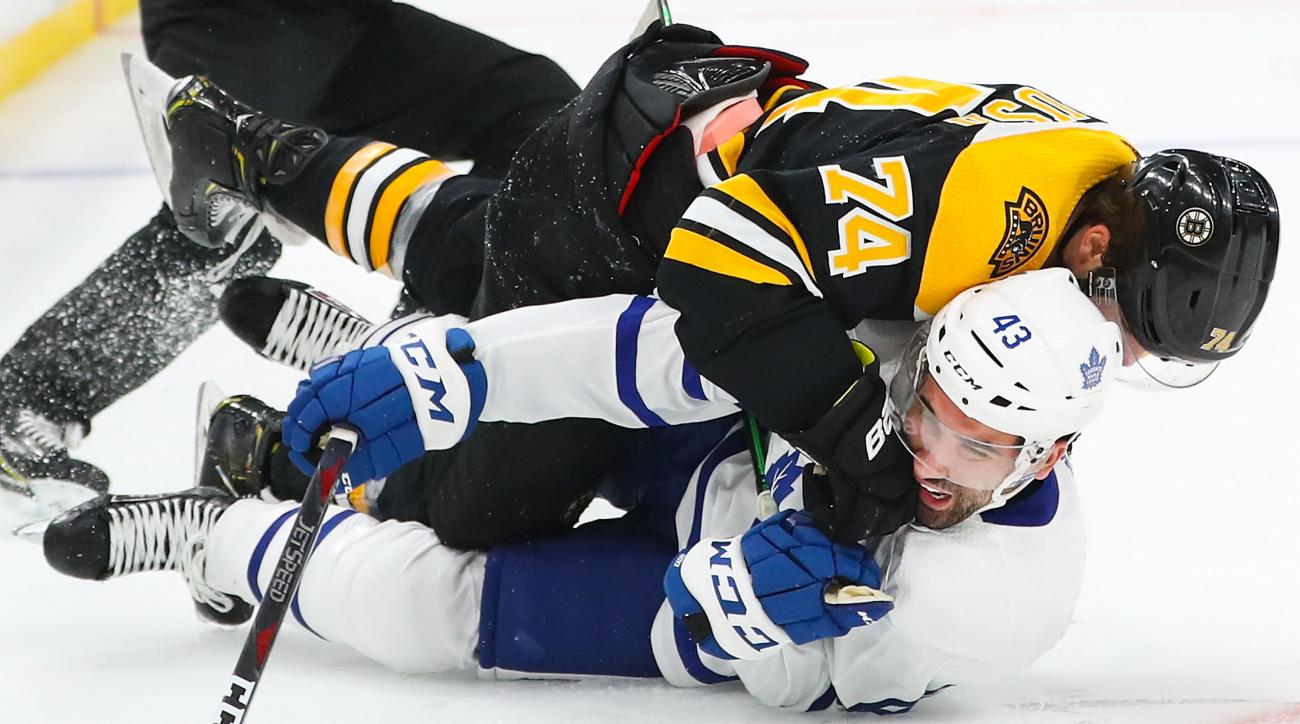 NEW JERSEY – Both teams now have one win each, the series tied at 1-1 going into game 3 set for 7 PM EST in Toronto.

Boston no doubt built up momentum this past Saturday with the riveting and controversial  4-1 win. We saw Marchand put up a goal and an assist and two nasty hits, one that is putting Nazem Kadri’s playing availability for this game 3 in question. Kadri retaliated after a dirty play from James DeBrusk on Patrick Marleau.

Now with Kadri maybe facing suspension time, the slumping William Nylander will be moved up to center the third line. Let’s face it, the Leafs were rolling when Nylander was not playing and working out his contract extension with the Leaf’s management. When he came back into the fray, things were not the same. We saw totals drop and really never got back to that stretch they had opening up the year.

Thinking that the momentum will shift to the Bruins this game. The suspected absence of Kadri will be true and the larger role given to Nylander at this point will not be helpful. I see Marchand leading the B’s to the win tonight and the Bruins winning this series inevitably.