Guerrero Jr., Kieboom and Rengifo, all get the call 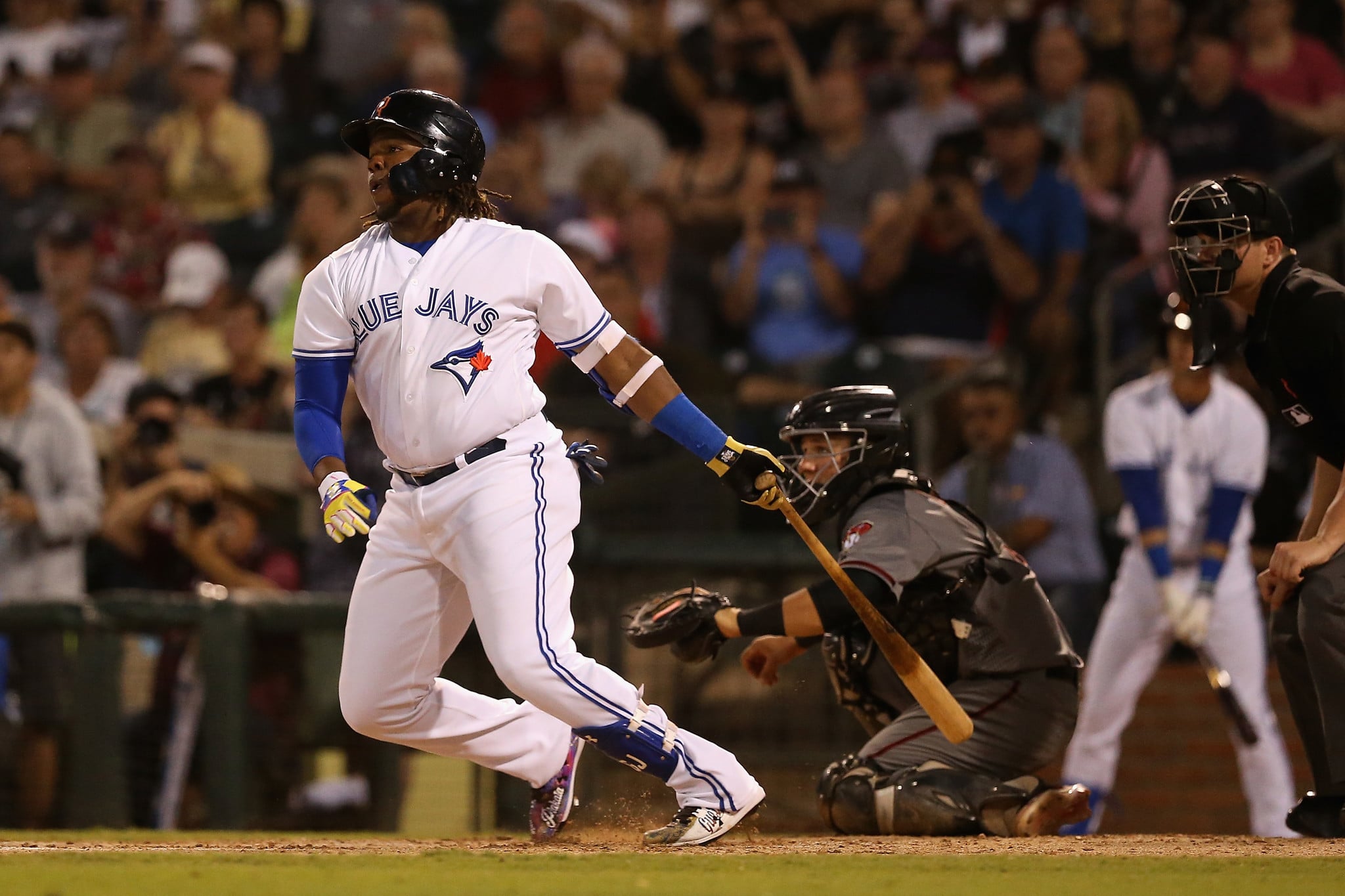 Toronto Blue Jays top prospect Vladimir Guerrero Jr. will make his much anticipated major league debut, Friday against the Oakland Athletics. The 20-year-old third baseman is considered a generational talent and one of the most major league ready prospects in decades. After an oblique injury sidelined him in spring training, he has returned spending the last two weeks in the International League, accumulating a .360/.429/.640 triple-slash with 2 HR/ 7 RBI in seven games at Triple-A Buffalo. Guerrero hit .381/.437/.637 with 20 HR, walking (36) times and only striking out (37) times in 91 games between Double-A and Triple-A last year. With an 80 overall prospect grade from Baseball America, the highest grade possible on the 20/80 scouting scale. It is fair to expect a .290+ AVG with 20+ HR rest of season, after being taken in the 3rd to 5th rounds of most drafts.

Not to be overlooked when placing FAAB bids this weekend, The Nationals have decided to call up top prospect Carter Kieboom ahead of Friday’s game against the San Diego Padres. The 21-year-old shortstop has a .379/ .506/ .636 triple slash with 3 HR/ 18 RBI and 1 SB in 18 games this season for the Class AAA Fresno Grizzlies. Kieboom has an impressive minor league resume hitting  (.286/ .373/ .471/ .844) with  32 HR and 14 SB in 238 career minor league games. The National’s infield is depleted by injuries to SS Trea Turner (broken right index finger) and 3B Anthony Rendon (left elbow contusion) currently on the IL. Aging second baseman Brian Dozier has looked sluggish this season and could benefit from increased rest, allowing Kieboom an opportunity for more playing time. Kieboom currently has SS eligibility in Yahoo leagues but has the ability to play 3B and 2B when Rendon and Dozier need days off. Kieboom has the talent to hit his way into an everyday role even after Turner has returned in 2-3 weeks and projects as a .280, 20-25 HR/ 5-10 SB prospect in a loaded Nationals lineup, warranting ownership in all mixed leagues.

Last but not least the Los Angeles Angels 2B/ SS prospect Luis Rengifo was called up from Triple-A Salt Lake prior to Thursday’s game against the New York Yankees. Rengifo has only hit .240/ .284/ .387 with 2 HR/ 2 SB in 17 G (81 AB) this season but excelled across three levels in the minors last season hitting (.299/ .399/ .452/ .851) 75 BB and only 75 K in 590 PA, with 7 HR and 41 SB in 127 games. Rengifo will take the roster spot vacated by Zack Cozart, who is headed to the IL with a strained neck. While not as heralded a prospect as Guerrero or Kieboom, Rengifo offers elite stolen base potential with some power and is a strong add in deeper leagues and functions as a SB specialist in standard leagues. Rengifo currently hits at the bottom of the Angels lineup, limiting his stolen base attempts and counting stats, but possesses strong on-base skills and could rise quickly in the order. Ohtani is due back in May and Justin Upton will soon follow adding to solid options in Fletcher, Simmonds and possibly batting ahead of Mike Trout.