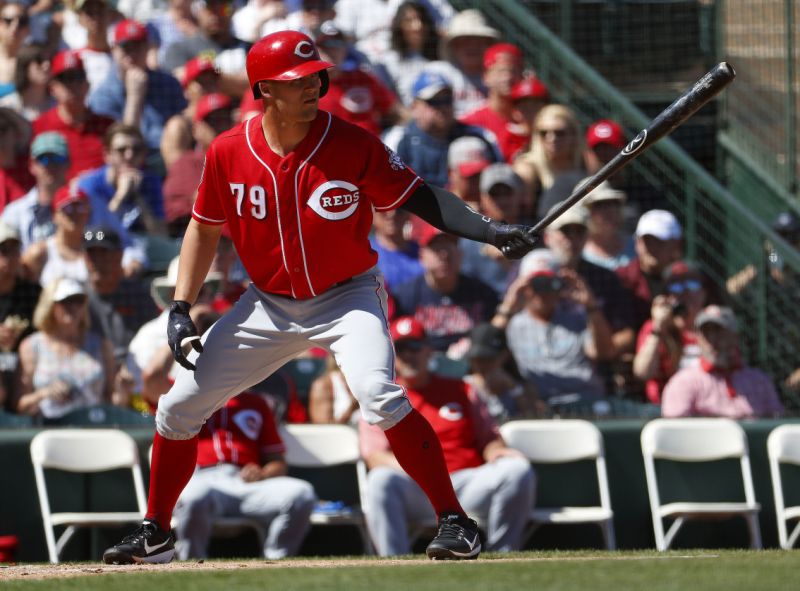 (Players rostered in under 50 percent of Yahoo leagues)

Note: Percentages are from the morning of, April 30th

Former 2nd overall pick and still only 23 years old, with a lengthy injury history recently activated from the 7-day IL on Wednesday. Senzel will return to action at Triple-A Louisville, playing center field and once deemed fully healthy, should soon see a promotion now that service time is no longer an issue. Strong minor league track record displaying an ability to hit for average with solid power and speed. Possibly gaining 2B eligibility (filling in for Gennett) on top of OF eligibility. Senzel is expected to play every day in one of the leagues best lineups and parks, it is safe to envision a .280 – .290 AVG, 15 HR/15 SB floor with upside.

Astudillo pulled a hamstring in Saturday’s game vs. the Orioles and could miss extended time after being placed on the IL. While Jason Castro is still a threat to Garver’s playing time, he is not as much of an offensive threat and both catchers are solid defensive options.

Multiple seasons of 30 HR in minors, never been given chance to play on the A’s and Rangers. Hitting clean up for Orioles, 5/9 with 4 R, 3 HR, 4 RBI in Saturday’s doubleheader vs the Twins. Has a high K rate and while the Orioles are hitting now this is not a talented lineup and regression should be expected but Nunez has legit power.

Solid power/ speed option in a top 5 offense in the league currently and one of the more favorable parks to hit in. While it may not last, for as long as Santana is an everyday player he should be rostered in deep leagues. A mixed league option if in need of steals but do not hesitate to drop if a better option presents itself.

All Verdugo does is hit with a .333 AVG (69 AB) unfortunately, he is trapped in one of deepest outfield rotations in the league with Cody Bellinger, Joc Pederson, A.J. Pollock and super utility options Kike Hernandez and Chris Taylor all sharing time. Bellinger also plays at 1B but that is also a rotation with Max Muncy, Hernandez and David Freese. Joc Pederson is becoming an everyday player and while A.J. Pollock is extremely injury prone he is currently healthy. There is always the chance Verdugo hits his way into the lineup but more than not the Dodgers will trade an OF for bullpen help making Verdugo a strong stash in 12 team leagues.

On the better side of a platoon with struggling power hitter Jesus Aguilar, Thames is looking more like an everyday player with Aguilar sitting in five straight games. A strong source of HR in one of the strongest lineups in the league and favorable parks for power, Thames is also an underrated base stealer. If Thames can limit his strikeouts and continue to hit and keep Aguilar out of the lineup he has 30 HR/ 10 SB upside something worst rostering in all formats in one of the strongest lineups and parks in the league.

(Players rostered in under 10 percent of Yahoo leagues)

Strong stolen base numbers in the minor leagues including 30+ and 40+ seasons. Did not display a lot of power but given the increased HR rate in the majors and possible juiced balls, Tucker could best his expected prospect power grades and hit 10-15 HR over a full season.

More of a deep league option in 5 OF leagues and points leagues, due to his strong ratios, Goodwin has emerged with close to everyday playing time with Justin Upton sidelined. Goodwin showed flashes of upside in limited time with the Nationals, displaying a solid combination of power and speed. Slowly moving up in the Angels lineup now currently hitting sixth and could continue to rise possibly batting ahead or after Mike Trout.

20-30 HR power but with strikeout issues severely limiting his batting average but offers a strong OPS for those formats. Guerrero Jr. was recently called up, Biggio and eventually, Bichette (broken hand) could follow. If Tellez does hit behind Guerrero Jr. he should see increased RBI opportunities due to Vlad Jr.’s elite ability to draw walks and not strike out. Hernandez, Grichuk, and Jansen are also underrated and underperforming hitters in what could become a strong lineup in the second half in a historically favorable park for hitters.