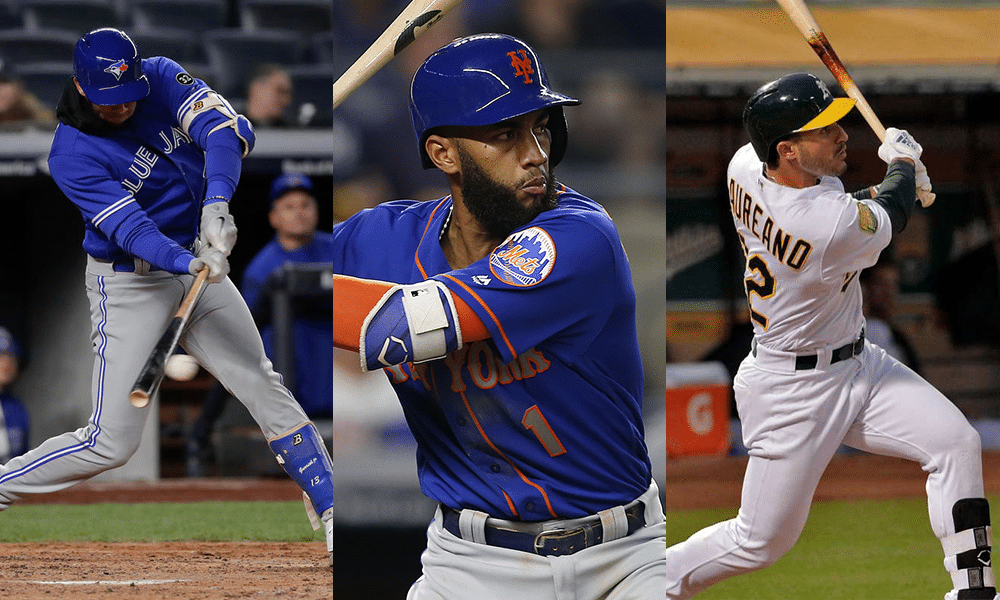 Gurriel was just heating up before landing on the DL, halting his progress temporarily. But let me remind you of what he was doing before the injury. Including his last couple games since returning, Gurriel is hitting .436 (in 30 at-bats) with 3 home runs. Gurriel was one of the top prospects in Toronto’s system not too long ago, and he holds some average and power potential up the middle of the infield. The batting average should regress a bit, as his BABIP is not sustainable, but a few home runs with a solid, helpful average can help you down the line if you’ve been plagued by injuries in the infield or at a utility position.

You may not know, and if you did it would be easy to forget, but Rosario graded out as a 60 as far as potential for a hit tool, and in 2016-2017 he backed it with 2 seasons of .300 plus ball, not to mention his 60 grade wheels. He has already stolen 14 this season in 2018, showing some real promise for a middle infield average and speed combo, hitting .269 in August with 3 bombs and 6 steals (his second month in a row with at least 5 steals). While the Mets are not exciting in any way as a team, Rosario could be a good add for middle infield help, and an intriguing option even into next year.

You might have seen Laureano when he showed off his cannon the other night in a highlight reel defensive gem from the outfield. He’s also managed to contribute a bit offensively more recently, even popping a pinch-hit solo shot the other night. He doesn’t profile as a bomber at the plate however. In fact his hit tool and speed are what jump off the scouting report. In the minors he had 3 season with a .297 average or higher, and even did some damage on the basepaths, stealing 43 bags over two levels in 2016. He could provide good batting average and a couple steals down the line, and if his power plays up a bit in the majors, it would make him a very intriguing outfield option.