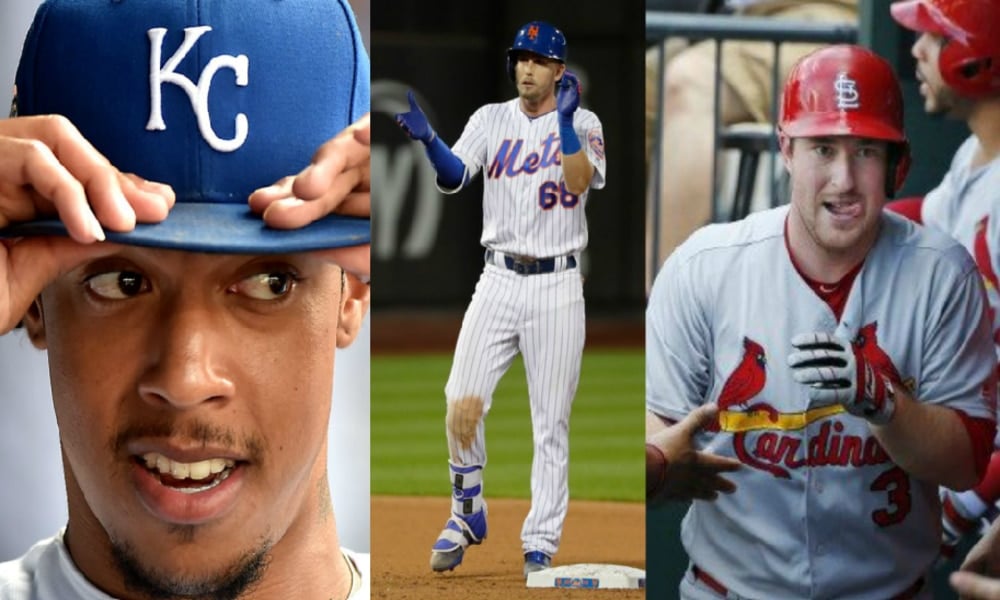 Gyorko was hitting very well before landing on the DL. He definitely hits better on the short side of the platoon, against lefties, but when he is able to get around 450 plate appearances, he has shown 20-30 home run power. While the home runs have dropped off this season, he’s actually sporting a career high in hard hit and fly ball rates, a very encouraging combination. He also has the most plate appearances of any of the semi-regulars for the Cards, and with Matt Adams statistically on the other side of the platoon, they might make a good pairing. Adams has also really struggled in the 2nd half, with a .180 average and a mere 43 wRC+. The power is cheap and the average is helpful, and he’s widely available to supplement your bench, especially when you have a league with daily moves.

Mondesi has gotten a lot of hype recently as he has been hitting fairly well, with a .302 average in the second half while racking up a ton of steals. On the whole, he has used a great second half to put up a very playable season line of 7 home runs, 22 steals and a .284 average. The speed is definitely a plus tool, and there is no reason he cannot be a big time steal contributor for some time to come. However, you might want to be more leary of the batting average as it comes with a .360 BABIP. While around .300 or .310 might be closer to average on batting average for balls in play, his speed no doubt helps to bump it up, and we can expect a slightly above average BABIP to continue, just not likely to this extreme. He can still be a great steal specialist with some help in the average department, and the hit tool still has plenty of time to develop at only age 23. The ceiling is very high for Mondesi moving forward.

KK has been tempting fantasy owners now for the better part of 2 seasons, flashing impressive defense, speed and developing power. Coming into the season, there were more than a few hopes that he could reach 20/20 for the first time in his career. However, injuries derailed his season once again, and his batting average sat around .200 for far too long. However, he has certainly started off September with a bang, hitting .500 with 3 home runs. The Rays really thrive when he can be a spark plug on the field and at the plate, and they should help him provide good counting stats down the line. Kiermaier hit 15 home runs with a .276 average and 16 steals just last (shortened) season, so the potential for contributions in all three categories is still there, making the ceiling with the “Outlaw” very appealing.

Among batters with 180 or more plate appearance, McNeil is

When you line all that up together, you see some elite plate discipline leading to great on-base skills. He’s not a power hitter but he can definitely be a consistent average producer with a few steals thrown in. 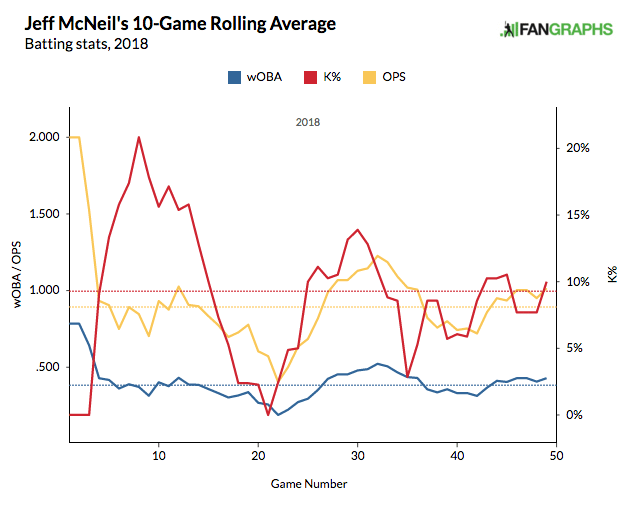 After being a model of consistency for so long, Bruce is having quite a down season. The first half was a huge hit for Bruce, and injuries have held him back significantly again. In just 19 games over the second half, however, he is hitting .270 with 6 home runs, a massive improvement that coincides nicely to second half surges in balls well hit, pulled and in the air. Considering he’s just a year removed from 36 homers, he’s a nice lottery ticket that is available in 76% of leagues and could pay off dividends in the power department. 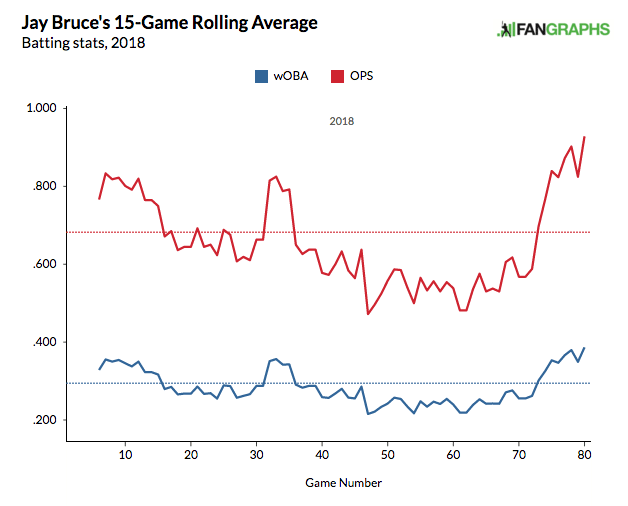