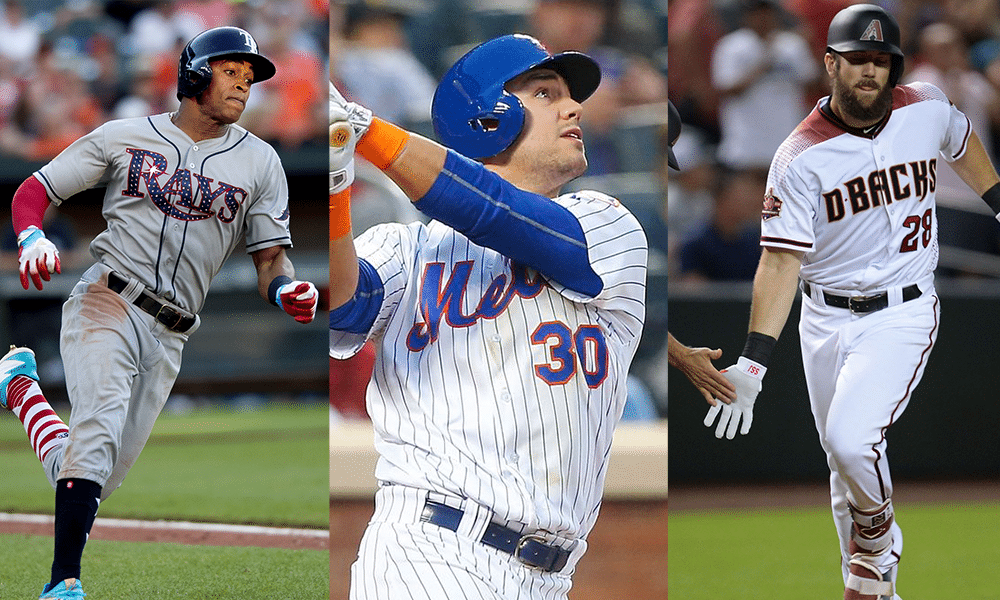 Conforto has not been the same player since his breakout campaign last season where he hit .279 with 27 HR in 109 games. Sill only 25 and a former 1st round pick (10 overall), Conforto still has too much upside to move on from. Coming off of a major injury Conforto has struggled this season but has started to turn things around (.305 AVG, 19 R, 5 HR, 12 RBI in his last 82 AB). However the Mets are one of the weakest offenses in the league limiting potential counting stats. Still only 25 and a former 1st round pick (10th overall), Conforto has enough upside to warrant rostering in standard leagues.

Souza is only one year removed from a 30/16 season with Tampa and has moved to a stronger linup in Arizona. Souza has raised both his hard hit rate (by 8%) and his fly ball rate, a good sign for a power hitter of his caliber. Souza still has enough power/speed upside in a strong lineup to warrant deep league ownership and monitor in standard leagues.

Jimenez, is a top international prospect who has torn up every level of the minors this season. Jimenez has a great hit tool (60) it is his power potential (70) that should provide the most value. Although the White Sox have a weak offense, they have some offensive talent in All Star Jose Abreu as well as young players with upside like Yoan Moncada, Tim Anderson and Avisail Garcia. The White Sox are expected to call Jimenez up in the second half and he could be a difference maker down the stretch and in the fantasy playoffs.

The first thing to mention about Kiner-Falefa is the unique position eligibility, which could be useful depending on your roster situation at the moment. Falefa has some power but his main asset is speed which is rare at the catcher position. The Rangers are home to one of the friendlist parks for hitters and boast a strong lineup.