Is Richard Lovelady the next closer in Kansas City? 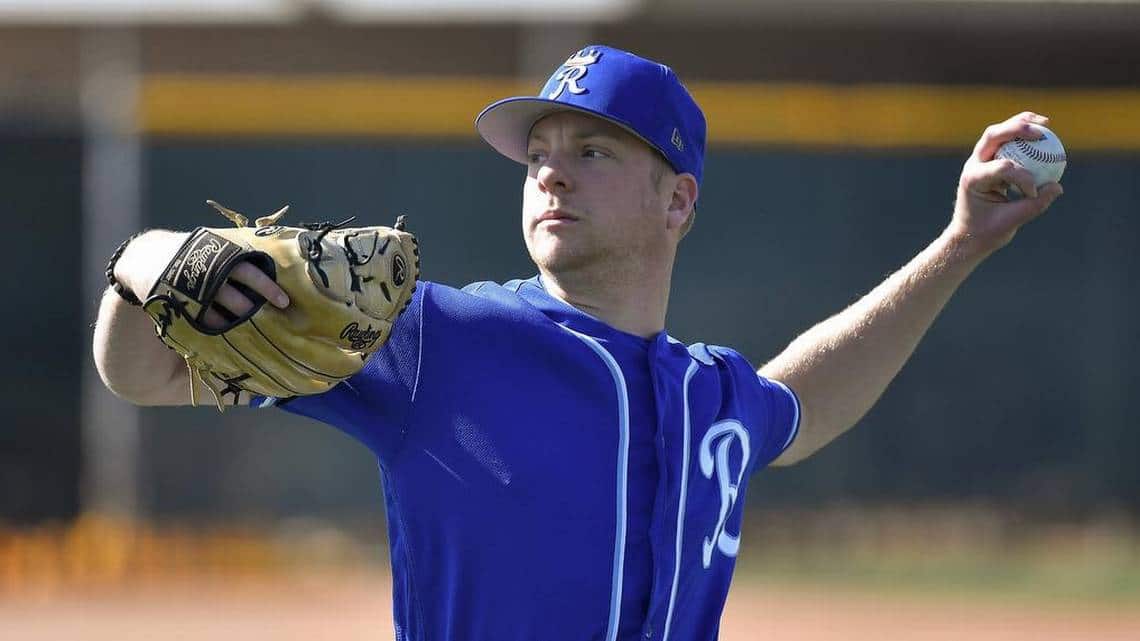 It is no secret the Royals have had bullpen issues this season, with assumed closer Brad Boxberger carrying an 8.31 ERA, 1.62 WHIP in 4.1 IP. Wily Peralta who performed well last season has also struggled (11.25 ERA, 2.00 WHIP in 4.0 IP). Ian Kennedy has decent numbers (2.25 ERA, 1.25 WHIP in 4.0 IP), but is more useful in a multi-inning role, leading the Royals to send down struggling former top prospect Kyle Zimmer and purchase Lovelady’s contract from Triple-A Omaha on Thursday.

Lovelady impressed in his major league debut, retiring the side against the top of a surging Mariners lineup. First striking out leadoff hitter Mallex Smith, then striking out the hot-hitting Domingo Santana (.345 AVG) and forcing the current league leader in home runs Jay Bruce, to fly out to left. Lovelady only 23 years – LHP pitches from a unique arm angle with solid velocity, his fastball ranges from 91-94 mph with a slider that ranges from 85 – 87 mph. Lovelady showed excellent control hitting his spots and forcing weak contact, starting hitters off with his fastball to set up the slider away for strikeouts.

With a solid spring training (allowing 2 runs on 10 hits with 11 K/ 3 BB in 8 IP ) and impressive minor league numbers where Lovelady functioned primarily as a closer (9 W, 6 L, 28 SV, 1.99 ERA, 0.96 WHIP, 180 K/ 47 BB in 167 IP). Lovelady looks ready for the majors and while he might start out in lower leverage situations to build confidence, he looks like a future closer with little competition in a weak Royals bullpen. With SP eligibility, Lovelady is especially valuable in holds leagues and to Marmol Strategy users punting wins and strikeouts. Lovelady has SP eligibility functioning similarly to Diego Castillo on the Rays or Josh James on the Astros. Currently owned in only (1%) of Yahoo leagues, Lovelady could be a league winner in certain formats if given the opportunity to set up or close in Kansas City.