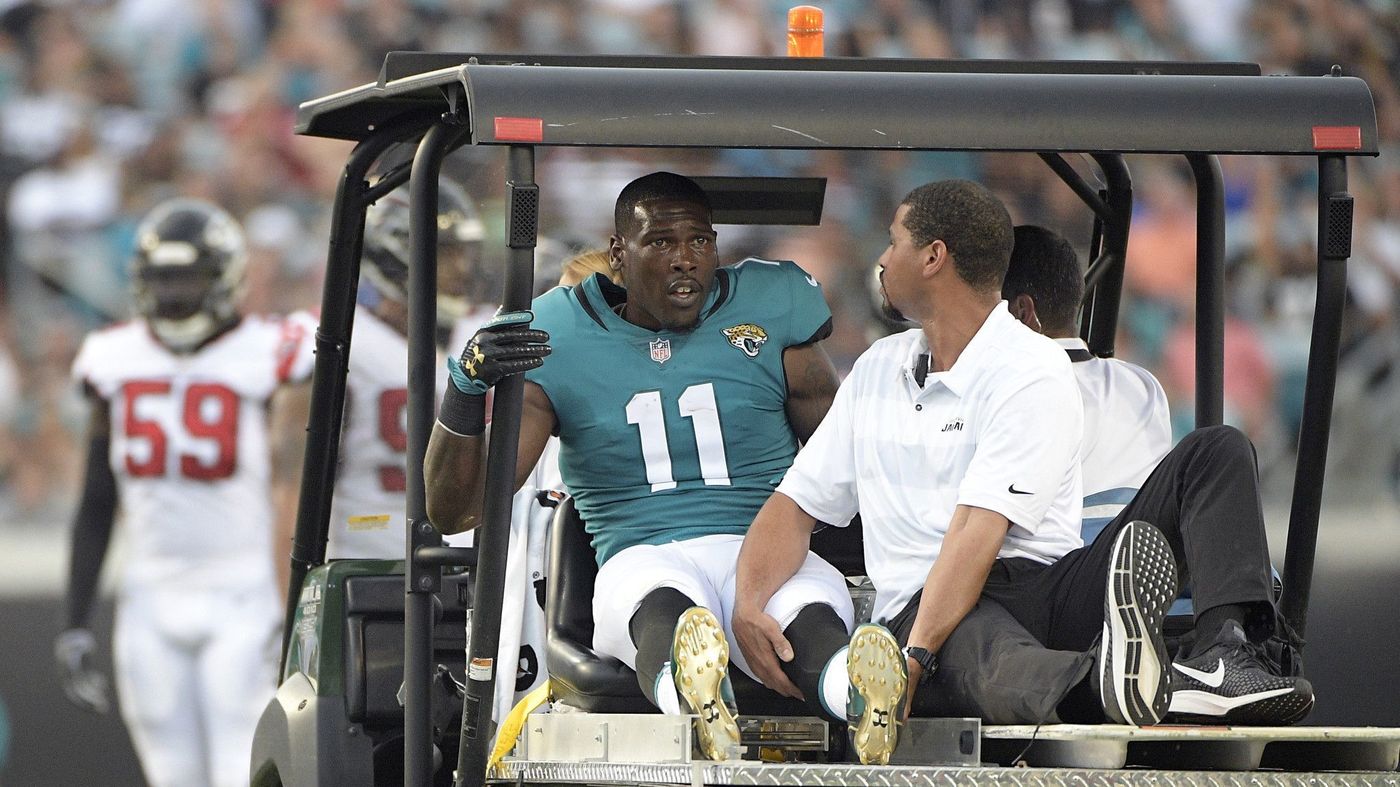 Marqise Lee became the second player to suffer a major injury this preseason after Derrius Guice went down with a torn ACL in the first week of the preseason. Lee was carted off of the field in the first quarter of Saturday’s game against the Falcons. Tests later revealed ligament damage and today the Jaguars placed Marqise Lee on the IR.

A former Heisman finalist at Oklahoma and 4th round pick, Westbrook along with Cole have the most upside out of the remaining receivers in Jacksonville. Westbrook only appeared in 7 games last season (27 REC, 339 YDS (12.6 AVG), 1 TD) but has the ability to emerge as a FLEX option with WR3 upside.

An undrafted rookie from Kentucky Wesleyan, Cole had a very strong finish to last season averaging 106.5 YDS per game over the finals four weeks and 748 YDS with 3 TD in 16 G. Cole has more experience and chemistry with Blake Bortles should be the most targeted option going forward with FLEX/ WR3 upside.

Moncrief is a new addition to the Jaguars after spending his first four seasons with the Colts. Moncrief has been a strong red zone option with 16 TD in his first 41 games before struggling last season. While likely the third option in the offense Moncrief could have value in standard leagues if he can once again show his ability in the red zone.