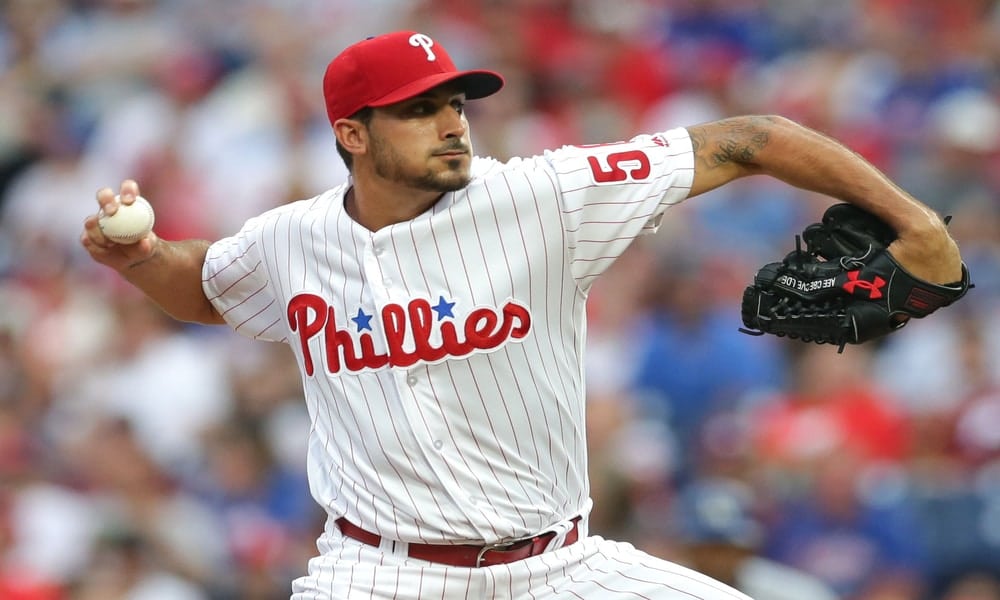 At 24 years old, Eflin has taken a step forward in his 3rd season. The renaissance for Eflin seems to be generated out of bringing back his slider, to a much better level than he had in his rookie year. After maxing out around a 12% K rate in his first two seasons, he is now almost striking out a batter an inning at 22%. Not only is the K rate supported by a much improved swinging strike rate, but he is getting a career high soft contact rate. 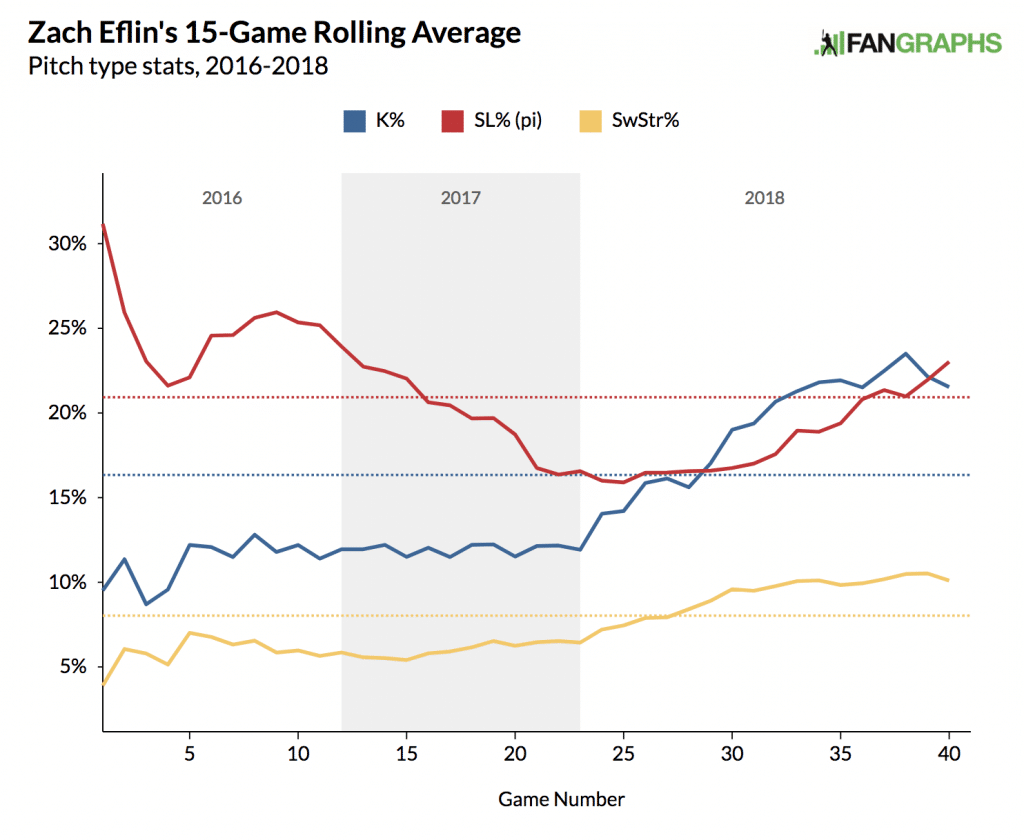 He should provide good Ks, good ratios and a good chance of the win against the struggling Nats.

Gaviglio has not put together a particularly impressive season in 2018. However, he did look really good (albeit against the Orioles) in his last appearance, striking out 7 in 7 innings and only allowing 2 runs. When you look deeper at what might be correlated to his better starts, you can start to notice something about his pitch mix. 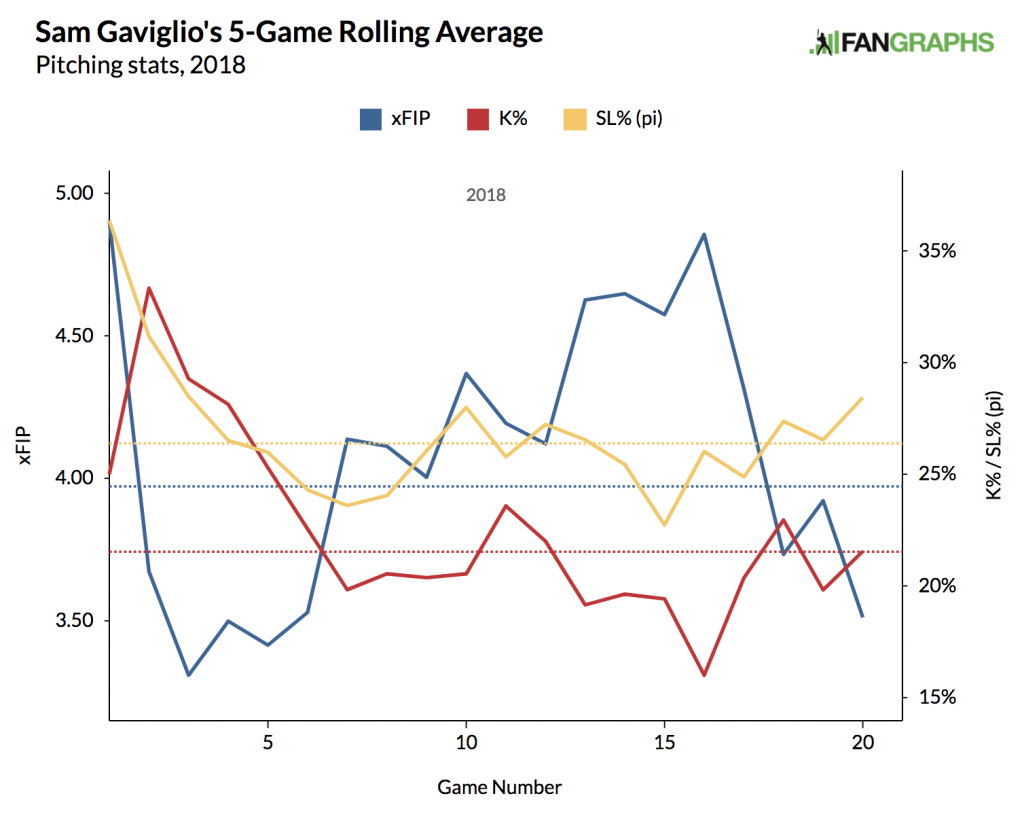 When he is able to keep his fastball percentage lower and use more sliders (pictured in yellow), he seems to fare much better. The Ks spike, and his xFIP has continued to drop as his slider usage goes up in his last few games. He’s facing off against Baltimore again, and he has a good chance to rack up decent Ks, decent ratios and a good chance of a win.