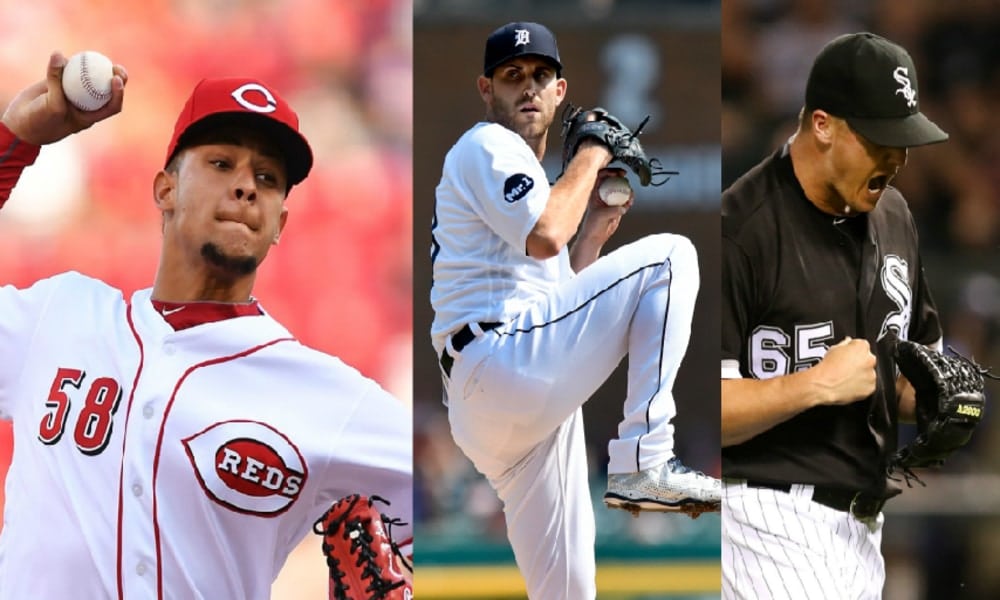 There is a reason that a pitcher, in Cincinnati, with a near 5 ERA is over 60% owned. Castillo was fantastic in limited time last year, but really tanked the first half of the season, with a 5.49 ERA. In the second half, he has improved his ERA to 2.98 while adding almost 9% to his K rate to bring it up to 30%, and lowering his walk rate by 3.5%, to almost half of league average. One of the biggest concerns at the beginning of the season was his velocity issues, but they certainly seem to be much improved, as he hit 98mph last week. Notice the trend: 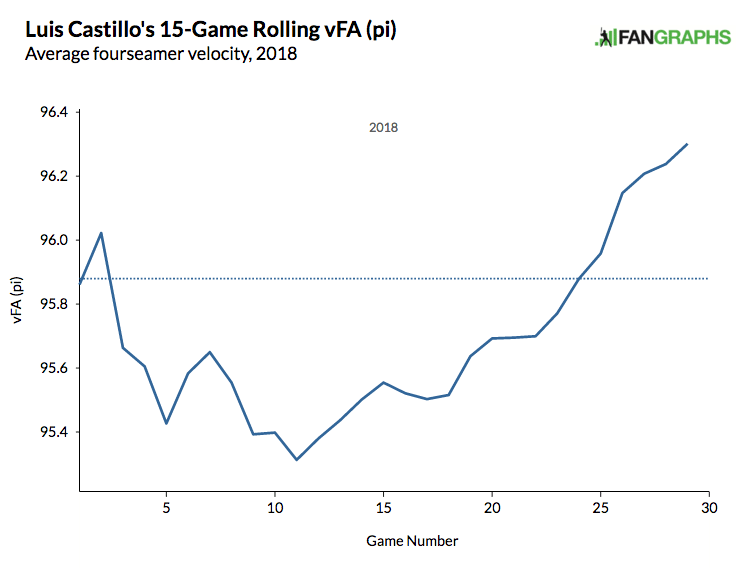 He had elite stuff and elite results that led to a ton of hype going into the year. If, by any chance, he was dropped in your league and is still available, make him a priority add, right away.

Boyd is another case of a second half turn surge in performance.

He has made some corresponding changes to his pitch mix that could be fueling his success. His slider, for example, which has been a very good pitch for him, garnering a 46 wRC+ on the year, has been dialed back a bit. On the other hand, his fastball usage has been steadily climbing ever since his ERA has started a downward trend. With command as well as swing and miss stuff, he has the potential to be a big value in the middle of a fantasy rotation this year and into next. 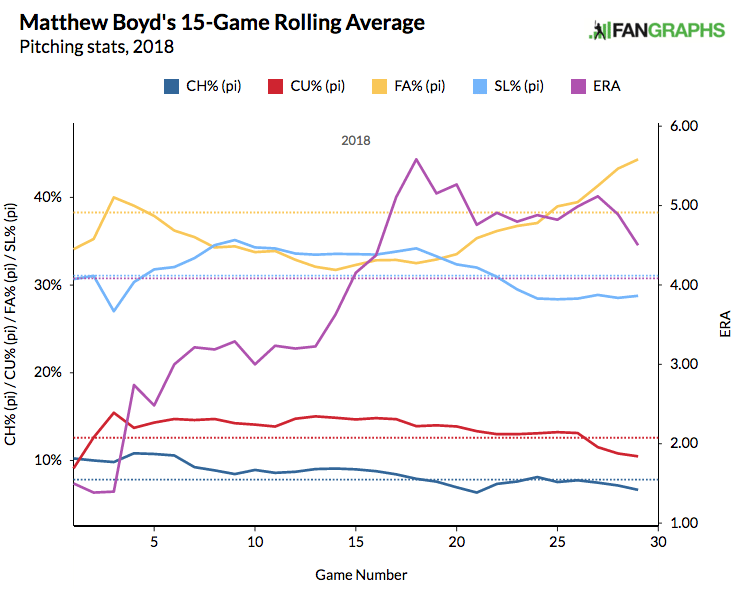 Is Sandy’s value limited by being on the Marlins? Of course it is. Are the strikeouts elite? Not particularly. But he does offer some potential, with a high 90s fastball and a couple of decent secondary pitches. He would need to take a big step forward with one of his breaking pitches in order to become anything other than a back of the rotation flier. But with 3 starts under his belt, he has only allowed 3 runs, struck out a decent but unimpressive number, and gotten a good amount of balls on the ground. He’s even snagged a couple of wins in the process. If you need a pickup that can be startable and helpful the rest of the season, Alcantara is a steady add.

Jones was reinstated off the DL after experiencing more than a few setbacks with injuries this season. Just a couple of games after being activated, he picked up the save against Baltimore with a couple of Ks. As long as he stays healthy he has a good shot to stick around in the closer role with the White Sox. Jace Fry had not found a lot of success in the 9th inning and they would welcome back some stability for what few games the rebuilding Sox will win. His strikeouts have been down a bit on the year and the walk rate is a little worse than average, but now that he is healthy and in the closer role he has the most potential at the best price you will likely get him.

Yates is having a renaissance year at the age of 31, where he has assumed the closer role, and is striking out an incredible 35% of batters. He also picked up 3 consecutive saves last week. If by chance he is not owned in your league, he is worth the add for the sparse Padre save chances and the phenomenal Ks (which have somehow improved(!!) in the second half).

Speaking of relievers with a 35% K rate, here’s one you probably don’t know. Unless, of course, you listen to the Statcast Podcast with Mike Petriello (you should). He’s been featured on the pod because of his spin rate on his fastball averaging over 2500 rpm, and Houston (as they have with other pitchers) has really helped him harness that ability.  In his 7 innings since coming to the Astros, he has struck out 11, walked 1 and allowed no runs. At all. He’s been lights out. If you need ratio help and Ks, he’s available in 92% of leagues and might pick up a couple extra counting stats from being on the Astros.

Roter in deep leagues for ratios and strikeouts

Remember how Greg Holland is absolutely trash? How he can’t throw strikes? And how much he sabotaged his season after getting a late start out of free agency? Ha! He’ll never re…Wait he’s done what since starting with the Nats?

The walks are still a problem at 14% but my word Holland has improved a ton since then. Since Doolittle is back, he is relegated to a setup role but could still be useful with ratios and Ks, and could snag a few saves. Be especially ready to pounce should Doolittle reinjure himself.

Roster in deeper leagues for ratio help, or holds leagues