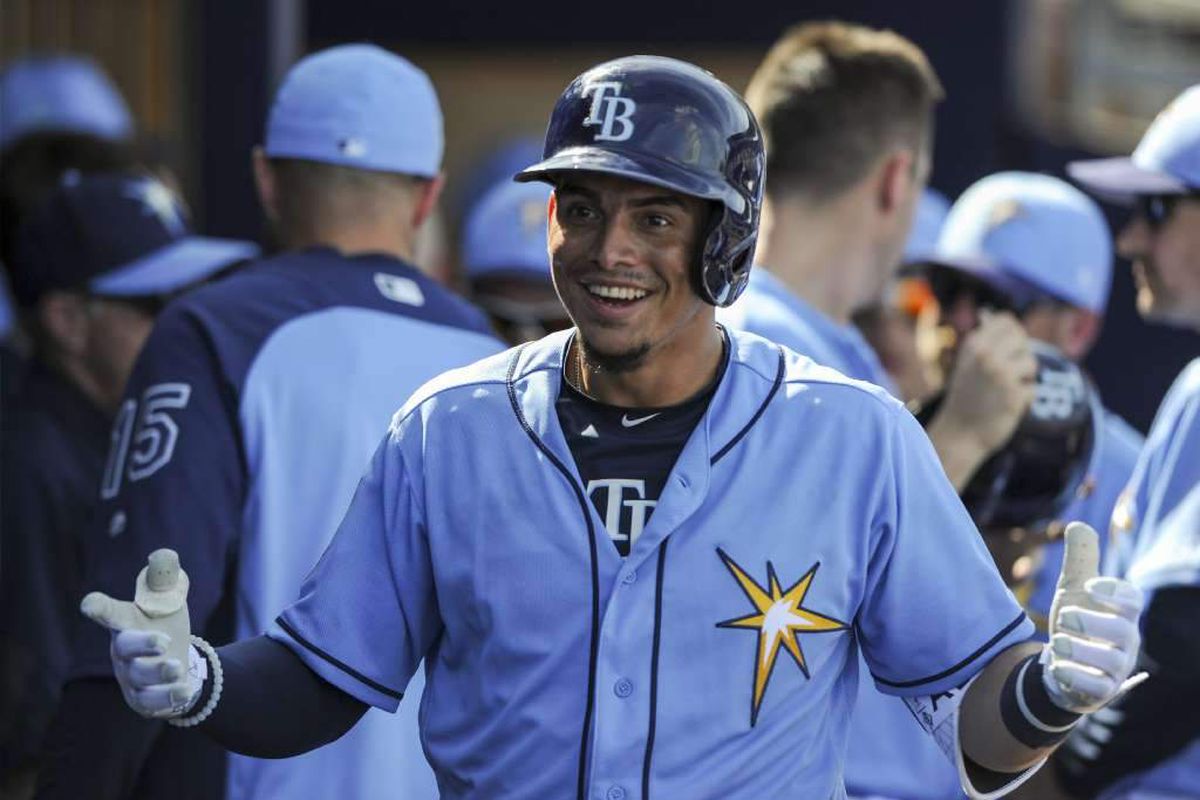 Rays’ top prospect Willy Adames has been called back up the majors. He had a short cup of coffee earlier in the season and had some immediate success, homering off Chris Sale.

Adames has done a great job in the minors this year as the Rays top prospect. Early in the season before his call-up, he had shown development in plate discipline and in-game power, which would result in a big upgrade for the Rays major league club. Hechavarria provides great defense and not much else, and Robertson holds more value in the super-utility role, so Adames could provide an offensive surge at the shortstop position.

Adames was scouted on an 80-grade scale as a 60 arm and a 50 fielding tool, so he’s no slouch in the field. But his 55 hit and 55 power tools will be a big upgrade. A .280 average with double-digit home runs and steals for the rest of the season is well within the realm of possibility for Adames in his rookie campaign.

As for playing time, the Rays have made some roster changes in the past week, most noticeably trading Brad Miller and moving Daniel Robertson to the disabled list. This should clear up some space on the roster and in the infield for prospects like Bauers and Adames to get more opportunities to start. The Rays have a good problem at this point, a logjam of prospects available in the system, and it looks like they are finally giving them a chance to develop at the major league level. Expect Robertson to shift into a super-utility position when he comes back and possibly Arroyo to be the odd man out.

Look to pick up Adames for some solid production in average, home runs and steals if you need middle infield or shortstop help.