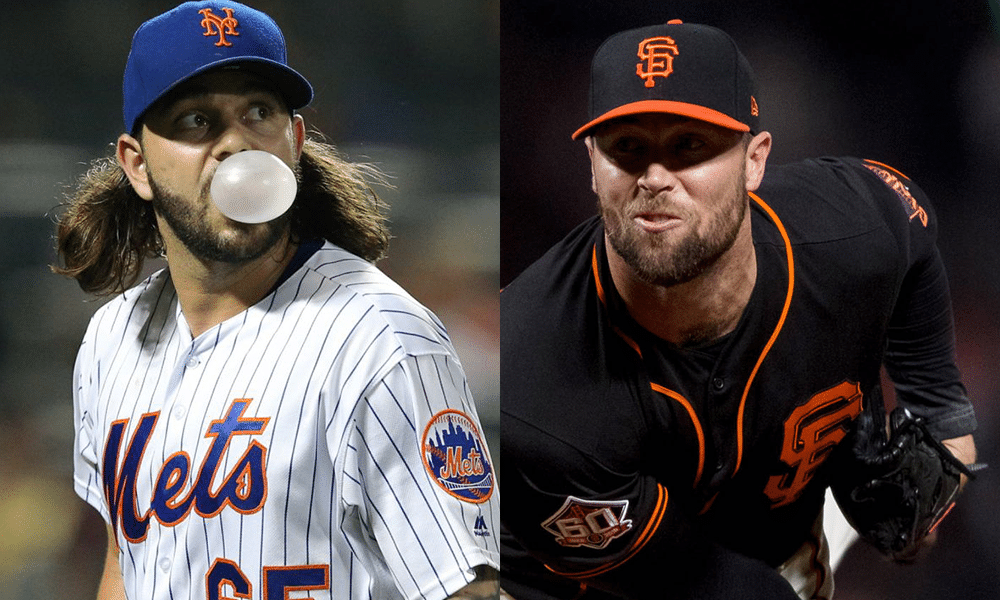 Gsellman is on a very nice run in August with a pristine 7 plus innings of shutout ball. Oddly enough the K rate is down significantly in that time, but simultaneously his contact rate is up quite a bit, holding batters to a .148 batting average in that time span. He seems to be a lock for the Mets 9th innings at the time, and should seem at least a few save opportunities, even though he’s on the Mets. At his price, he has enough ratio and K potential to help you out even without a ton of saves.

Before punching a wall, Strickland was okay. Not personality/anger-management-wise, as evidence from, well, punching a wall, but from a pitching standpoint. The ERA was good, the Ks were good, and he was picking up a fair share of saves. Did he pick up the L on Saturday after giving up 3 runs and 2 walks in 0.1 innings? Sure, but if he can return from being traumatically beaten by a wall, maybe he can come back from this. It’s yet to be seen if the Giants will trust him in the role, especially when Will Smith has done an excellent job in his stead. It’s important to keep an eye on him, adding him to the bench under speculation if you have the spot. He could repossess the role anytime, as he was the preferred option before going the injury.

Glover’s slider/fastball combo has always held a ton of potential, and with Nats dropping like flies, he’s the next man up. It is still very early to tell what he will produce in his small sample size this season, but he was breezing through the minors up until now. This is a pick up based on opportunity and potential, making him worth an add until Washington’s pen starts to heal. Kelvin Herrera is also due back soon and this might be a short term add.

Hildenberger has been pitching well lately, but his role is not quite a lock yet. Zonecoverage.com reports. “To be honest with you, with Hildy getting off to a good start, (he’s the frontrunner), but it might just not play out that way.” said manager Paul Molitor. While has has locked down three straight saves, he also allowed two runs in the first opportunity, so his record is not pristine. However, with the most potential and as the “frontrunner” in Minnesota, you have to buy in now to get him at the right price when he is still available.