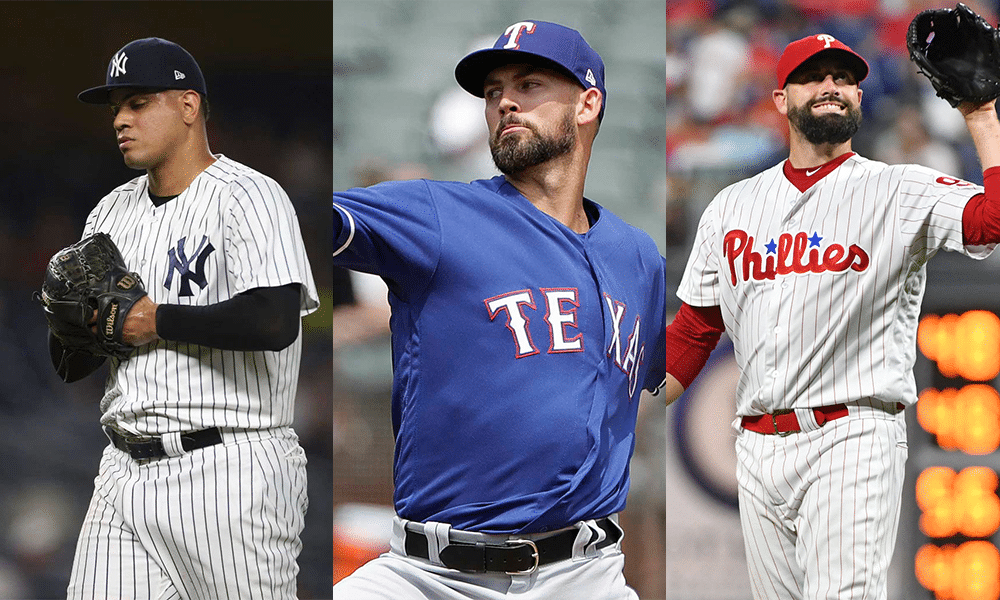 ROS Projection: 2-4 SV, 2.10-2.20 ERA, 1.00-1.10 WHIP with over a K per IP.
With Chapman out again due to knee issues, the Yankees have a plethora of option in the bullpen to turn to. They went to both Betances and Robertson in the past couple of days, so it remains to be seen if any one reliever will get all the save opportunities. Betances has the better K potential and velocity, so he seems to be a logical first choice. Robertson has experience as a closer and with both the Yankees and the White Sox, with 3 season of 30 plus saves. The Yankees will see save opportunities, so it’s worth speculating. They will both have benefit even if they are not in the closer role, but Betances does have the better ratios and K rates season long. Robertson is a safe option who is less likely to blow up and has had closing experience.

LeClerc has now picked up 6 straight saves in his last 6 appearances. His numbers and ratios were good even before he took over the closer position and he continues to pitch well. He has not allowed a run in over a month, and has K rate of almost 38% in 48 innings. He is not only a closer with a relatively safe job but he also has great contributing ratios stats, which means he absolutely needs to be owned.

Neshek has been an elite All Star middle relief pitcher for several seasons now with a career 2.68 ERA, 1.02 WHIP with 459 K in 462.2 IP (513 G). Neshek has never saved more than 5 games in his career and Seranthony Dominguez is still likely going to see opportunities as well. Gabe Kapler is a very unreliable manager when it comes to committing to a closer but if given an opportunity to close Neshek would be a top 10-15 option.