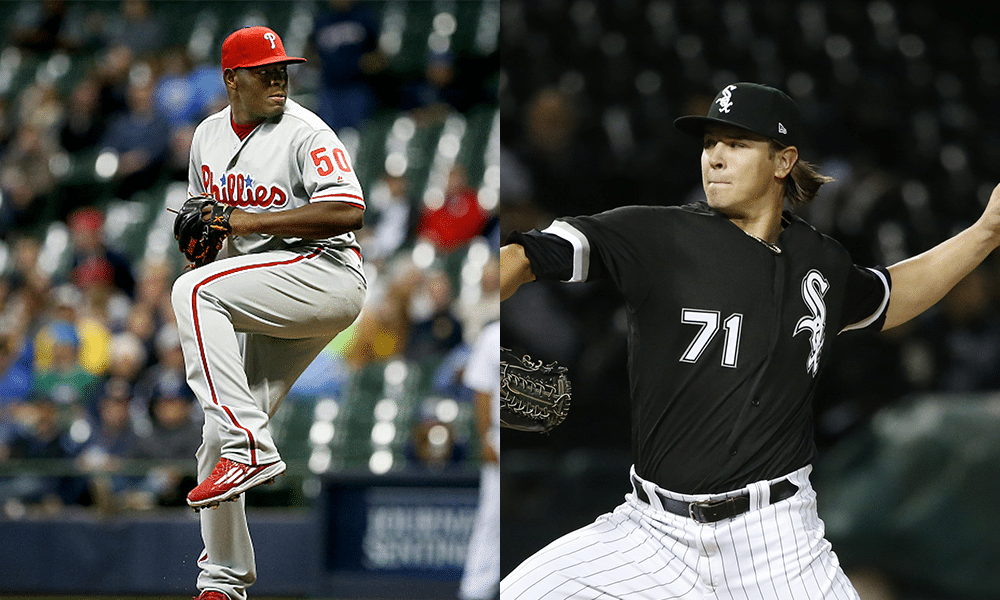 Since returning to the Phillies bullpen on August 15th, Neris, in 9 innings, has struck out 20 batters. That’s out of 32 batters. With 0 runs and only 3 hits. He’s been absolutely incredible. While the closer spot has been rotated in Philadelphia, and in the last 30 days the committee has consisted of Dominguez, Neshek, Hunter and Arano. If Neris continues to pitch this way, it’s likely that he can continue help produce in ratios and snag a couple saves.

The White Sox has another closer by committee situation, but Fry has started to pull away lately and might secure the job. He has 3 saves in the last 6 games, and while he struggled in July, he has turned it around in August with a 20 Ks in 10 innings. A 35% K rate on the year with a 25% hard hit rate and a 45% ground ball rate give him a solid profile for getting outs in a variety of ways.

Chavez has a more niche fit for fantasy players who are looking for a long reliever to help out in Ks and ratios. In the second half, Chavez has a 1.07 ERA in 25 innings while striking out 31 Ks (34%) and 2 BBs (2%). He pitched over 50 innings in the first half and can help you, especially in deep leagues contribute to great ratios and K rates down the line. With Morrow on the DL, he has also picked up a couple of saves in his absence.