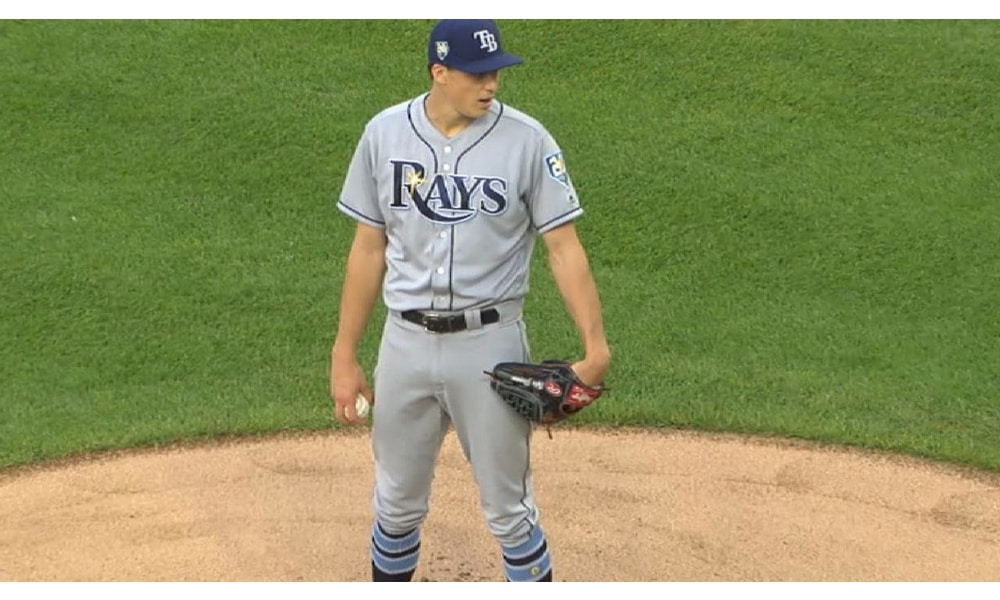 What you get with Glasnow is pretty straight forward: a nasty arsenal with a ton of K potential (the other side of the coin being lack of command), and not getting hit often (keeping the WHIP down) but getting hit hard occasionally (bringing the ERA back up a bit). Now that he is stretched out and going 6 and 7 innings he can offer a really solid start when his stuff is on, as it has been the majority of the time with the Rays. Take away his one blowout start where he clearly didn’t have his stuff and all of a sudden he has a 2.72 ERA instead of a 4.06 since joining the Rays. Clearly, that’s not possible to ignore a start completely, but it gives you some insight into his overall performance. Glasnow should provide good Ks, decent ratios and a good chance of a win.

You probably remember the first couple of months of the season where Junis was a hot pickup off the wire, throwing gems and maintaining a low to mid 3s ERA. And then it seemed to implode as it rocketed to a 7 ERA in the months of June and July. Well, it seems like Junis is flashing some of his early season promise. In August he held a 2.95 ERA backed up by a 3.38 xFIP, along with a season high monthly K rate of 25%. He is continuing that trend in to September with 7 scoreless innings in his first start of the month, followed by a solid 8 innings against the White Sox. Junis should provide solid Ks, solid ratios and a decent chance of a win.