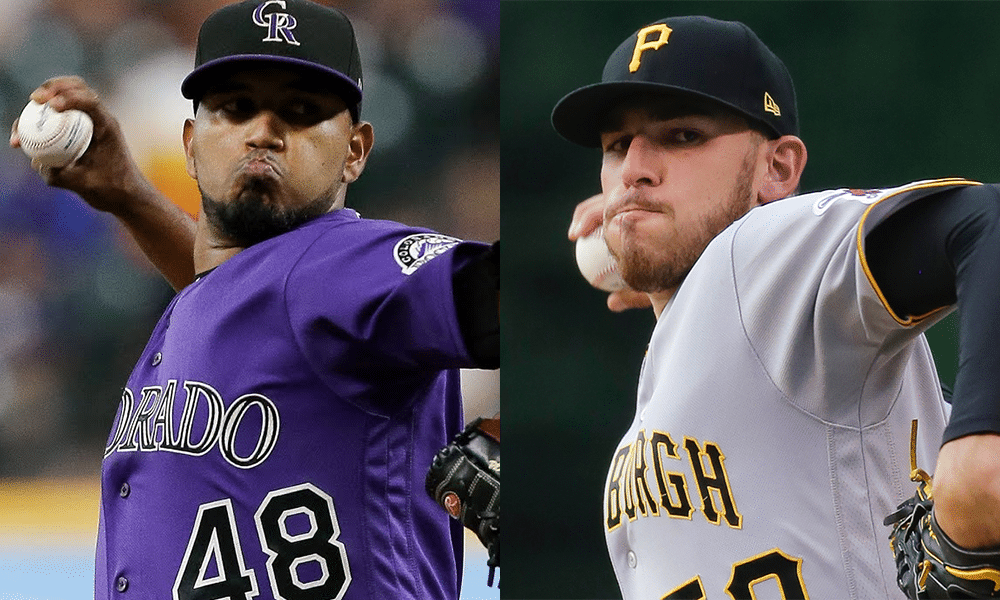 This pickup is more dependant on your league and roster construction. Consider : A 2.92 ERA with a 26% K rate (9.49 K/9) and a 1.01 WHIP. If those numbers were reflected in a season stat line, you would think, maybe this guy is a top 25 starter. Well, that is Marquez’s line away from Coors in 74 innings. Granted, you can’t pick and choose what starts make a pitcher, and arbitrary time limits being what they are, you have to take this with a grain of salt. Take a look at his improving numbers at home, by month in the 2018 season:

Musgrove just hurled a studly game against the Cubs, going 7 innings and allowing only 1 run while striking out 7 and walking none. Quite impressive indeed. His season line is decent, a solid floor but not a lot of exciting potential, the ERA is nice, the control and low walk rate is nice and the WHIP as well as the K rate are manageable. There is some concern about regression with a very low HR/FB rate compared to his career, but even if he is a 4 ERA pitcher he will have solid back end of the rotation value. One encouraging aspect of his game at the moment is is a 6% above average poor hit rate according to xstats.org (basically measuring the worst kind of contact a batter can make, and the best contact a pitcher can get). Pitchers with this kind of contact skill can maintain a bit of outperforming other metrics, so the future looks reasonably bright for Musgrove provided he can keep this up.

Fact : Derek Holland has the highest swinging strike percentage of his career. His sinker is generating ground balls better than it has in his career and his o-swing % is up on both his slider and his curveball. Objectively, there’s a lot to like about his profile, including his home park, the fact that he is a lefty, and the low price tag attached. Don’t let the negative name value keep you too far away for too long. He’s been doing it all season (and getting better) so don’t let it go any longer before grabbing him up.