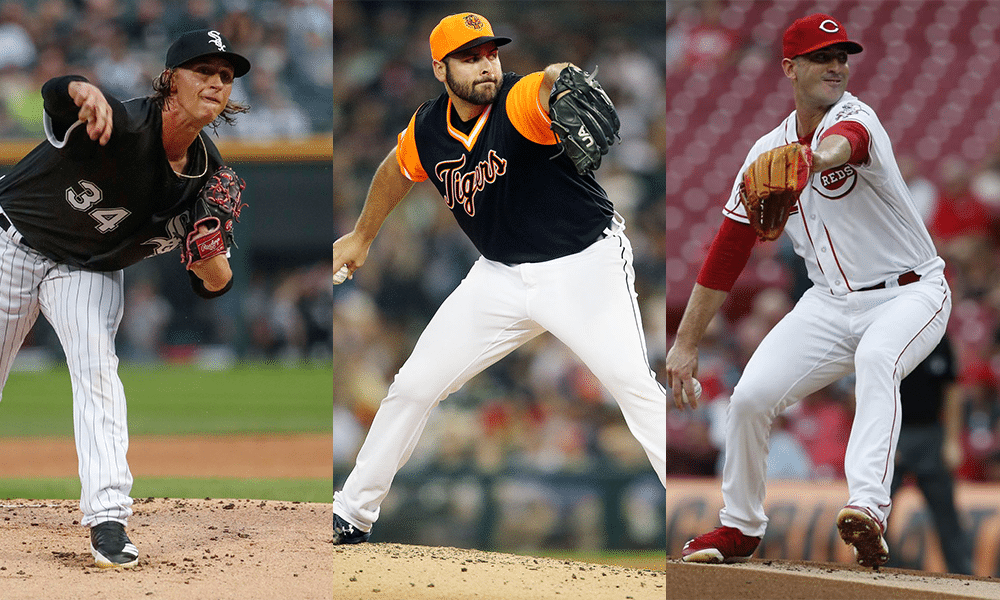 If you haven’t seen or heard about Kopech then you should probably crawl out from underneath the rock you hid under last week. The most highly touted pitching prospect call-up this year, Kopech has electric stuff, with triple-digit gas on a fastball and a plus slider. He’s eliminated his walk issues that were a major concern early in the season, and if you talk away the walks but keep the strikeout potential, you get the highest ceiling on any pitcher off the wire for the rest of the year. If you happened to be lucky and you can still pick him up, you have to run out immediately and grab him off the wire.

In his first return from the DL, Fulmer held the White Sox scoreless in just under 5 innings. He was doubtless working a pitch count after coming off an oblique injury. He should be able to go longer into games as he gets stretched out going forward. He is still just 25 and 2 years removed from a ROY season with a 3.06 ERA In 159 innings. His combination of groundballs and solid strikeouts can make for a solid floor at the back end of the rotation.

Peralta can be good; when he isn’t walking a ton of batters. You see, the problem is that he averages nearly 5 BB/9. However, as he showed last time out against the Reds, when he only walked two in 7 innings he also struck out 7 and allowed no earned runs. His delivery and mechanics can be helpful at times, but seem to be a bit troublesome when it comes to consistent repetition. If you have space and the luxury of a bench spot, he could be a good pickup to stash for beneficial matchups. That includes teams that tend to have a larger o-swing % (or swings outside of the strike zone) and a poor contact %, like the Tigers, White Sox, Orioles, Rockies and Marlins.