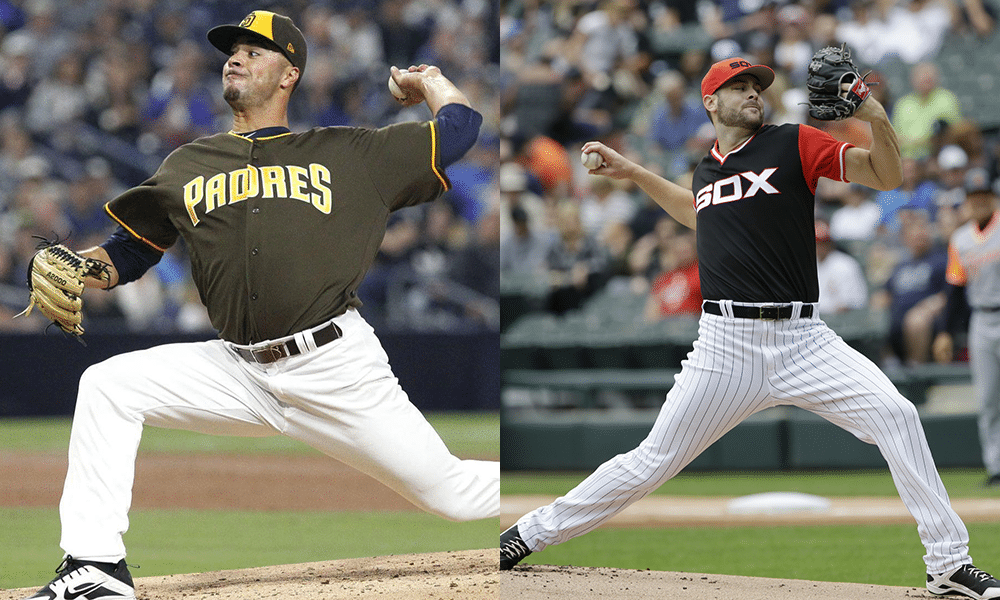 Which starter would you rather have? What if I said one starter is 82% owned and the other is 20% owned. Player A is Rich Hill, and Player B is Joey Lucchesi. They’ve been almost exactly the same pitcher this season and the price gap is that expansive. Lucchesi is definitely without the support of that Hill has but has managed to get one more win in 2 more starts and only a few more innings. He’s also got a 3.18 ERA in August with a 30 % K rate.

Giolito has not had a fantastic season, and his bloated 5 plus ERA makes that very clear. What is encouraging is that, over his last few starts, his K rate has started to climb again. Over his last 5 starts, he has surpassed over a K an inning, which, considering his 6K/9 on the season. His fastball has improved, but especially his changeup has started doing work over the last couple starts. Also encouraging to his K rates is his velocity. With the velocity rising, so has the K rate, an encouraging sign that three years in, he might be figuring out how to play his changeup off a better fastball. Definitely some potential for the post-hype prospect moving forward.

A rookie holding down a sub 3 ERA through 55 innings is solidly impressive. He has managed to be a pleasant surprise in a Cardinals rotation that has struggled at times without C-Mart taking the lead as a anchored Ace. Gomber doesn’t have overwhelming stuff, and has struck out a league average amount of batters while walking a bit more than league average. That is less impressive. The low HR/FB rate and high strand rate shows that he is likely to regress to above a 3 ERA. Still, he’s limiting the damage (fly balls allowed have a solid 25% soft hit rate) and avoiding the long ball, a recipe for success. The Cardinals are making a legitimate run for postseason contention and have a dynamic offense that can also provide him some wins.