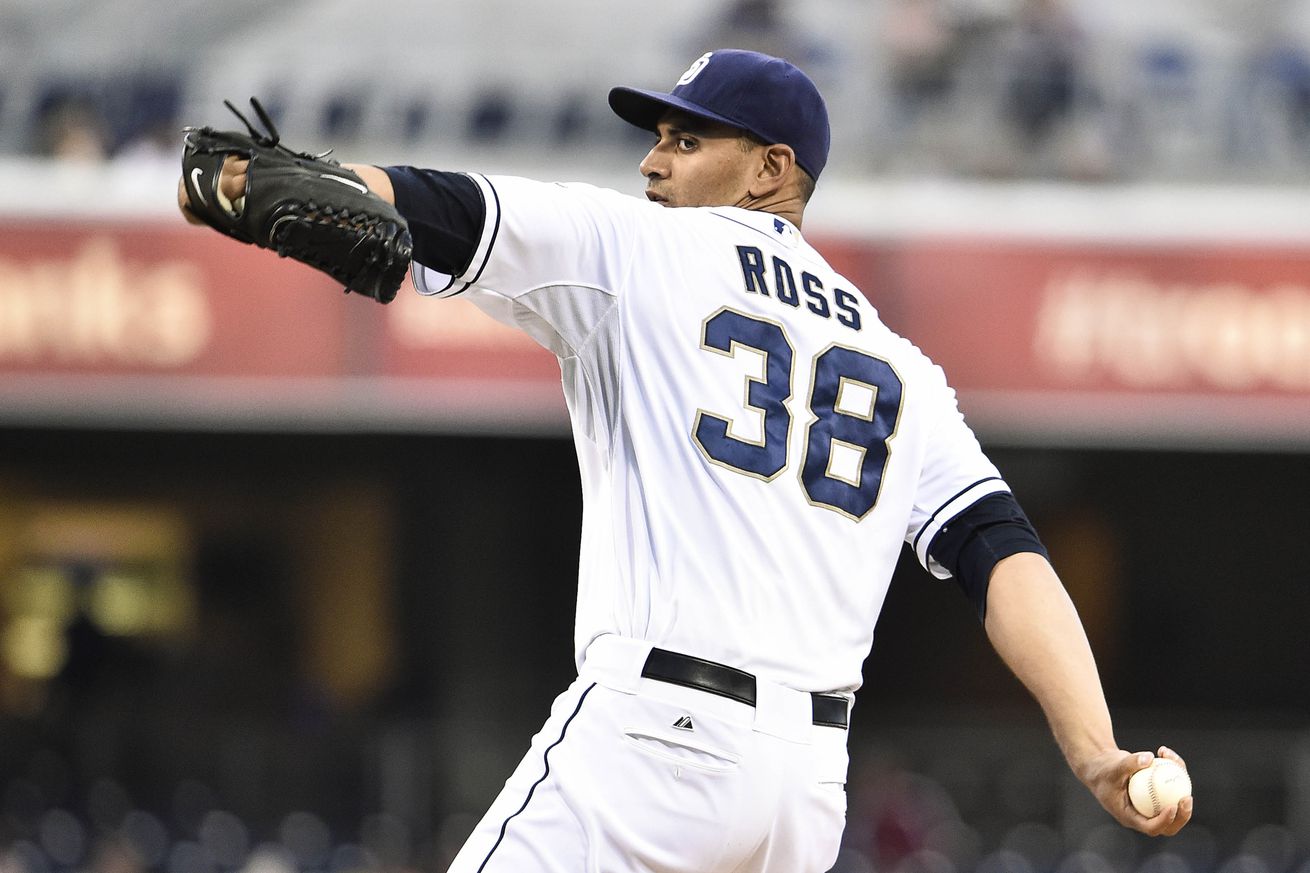 Tyson Ross – SD – RHP (59%) vs PIT
Season Stats (16 GS) 5 W, 3.32 ERA, 1.19 WHIP, 90 K/ 35 BB in 95 IP
Ross has had a renaissance this season, with stretches where he looked like he returned to form with an elite level slider. While it hasn’t been quite as good as it used to be, he is still managing to use it effectively with a strikeout rate at just about a K per inning. He has had good ratios on top of good K rate and league average command this year, and his peripherals support it. His ERA might balloon to the mid to high-3s with time, but he is not lucking into his success. Ross last three games have been quality starts, and although he is on a team that doesn’t provide a lot of support, he has still managed to snag a few Ws. Even without the win, he should be able to help you in just everything else with good ratios and a strong K rate.

Steven Matz – NYM – LHP (24%) @ MIA
Season Stats (15 GS) 3 W, 3.69 ERA, 1.24 WHIP, 70 K/ 30 BB in 78 IP
With all the injury issues the Mets are (always) facing, they will take any good performance they can get, and Matz has been giving them solid outings. He went 7 innings with 7 Ks in his last game against the Pirates and allowed 3 runs. His strikeout rate has been decent, approaching a K an inning, and his walks are only slightly more than league average. He has been able to draw a respectable 53% groundball rate, and his line drive percentage is WAY down form previous years. He should be a good bet for serviceable ratios and good Ks. Since it is against Miami, maybe the Mets even have a chance at the W. Maybe.

Reynaldo Lopez – CWS – RHP (21%) @ TEX
Season Stats (16 GS) 3 W, 3.73 ERA, 1.28 WHIP, 67 K/ 39 BB in 94 IP
Lopez has had some brilliant games where he showed dominant strikeout numbers, but has struggled a little lately. Still, you can’t deny he has the arsenal and potential to be great. 70 -grade fastball that tops out at 99 with a nasty slider and good curveball. His slider especially has been a weapon that he can use to get players to swing outside the zone (41% of the time), can locate for a strike inside the zone (47% of the time) and gets whiffs with (19% of the time). Prospects (especially pitchers) need some time to figure things out at the big league level, but that doesn’t mean they don’t have great potential (i.e. Jose Berrios off and on starts). Lopez has a high ceiling and has good K potential along with decent ratios.