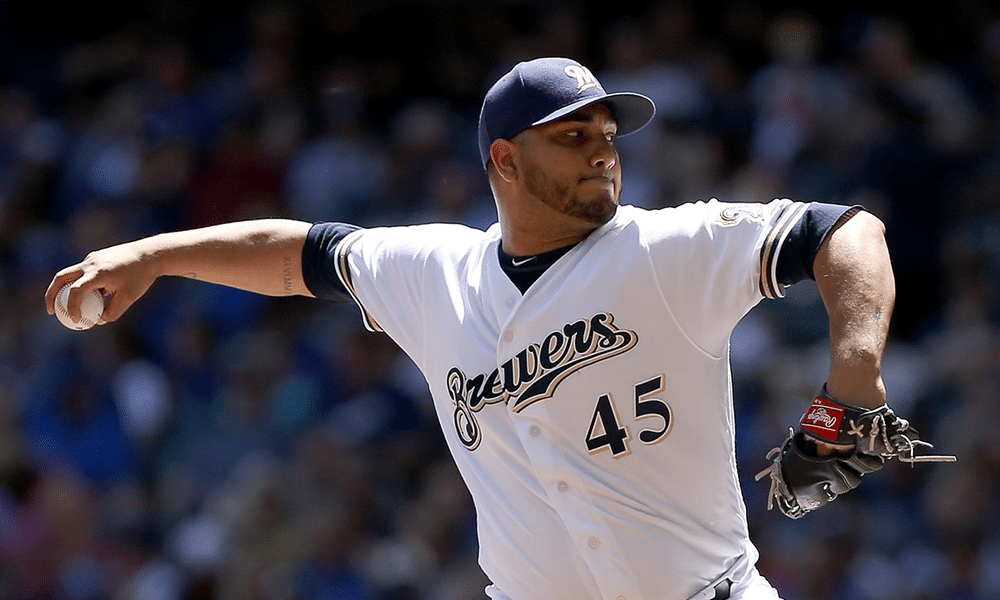 Jhoulys Chacin – MIL – RHP (36%) @ PIT
Season Stats (20 GS) 8 W, 3.78 ERA, 1.31 WHIP, 86 K/ 47 BB in 109 IP
Chacin has fared pretty well against the Pirates this season. In two starts he has only given up 2 runs although the strikeouts have not come easy (6 Ks in 12 innings). Chacin has control issues that can get him into trouble at times, but has fared pretty well this season. His ERA indicators show there is some regression coming, but he should provide decent Ks with a solid chance at the W. In 66 plate appearance versus the current Pirates lineup, he has only allowed a .233 opponent batting average and earned a 3.13 FIP, very suitable numbers for a streamer.

Jeremy Hellickson – WSH – RHP (23%) @ NYM
Season Stats (12 GS) 3 W, 3.47 ERA, 1.09 WHIP, 43 K/ 10 BB in 57 IP
Hellickson has never been a high strikeout pitcher, but he is showing above average control and getting a fair amount of groundballs. Before his bumpy start (against Miami of all the teams) he was holding down a 2.53 ERA. Now, that has since inflated about a run, but the good news is his ERA indicators say he has earned an ERA in the mid to high 3s. Very serviceable, especially considering the matchup (Met-chups are one of the best possible streaming matchups). He should get just under a K an inning with decent ratios and a good chance for the W.

Mike Minor – TEX – LHP (14%) @ BAL
Season Stats (17 GS) 6 W, 4.56 ERA, 1.20 WHIP, 78 K/ 22 BB in 96 IP
One of the first things you notice about Minor’s stat line is his almost 5 ERA paired with a 1.20 WHIP. Our fellow streamer, Chacin has a lower ERA and a higher WHIP, so what gives? One big part of it is control. Minor walks about half the rate of Chacin, only 5% which is better than league average. He has managed a strikeout rate well under a K an inning, and deserves an above 4 ERA according to his xFIP and SIERA. However, if we pay attention to this stretch of starts since June 9th, you’ll notice that he has a 2.65 ERA and has gone 6 or more innings in 5 of the 6 starts. Two of those starts were against Houston and registered as quality starts, and one was against Boston, where he only gave up 2 ERs. Bottom line is that Minor is facing off against the dreadful Orioles and should have a decent shot at good ratios, a good K rate and a decent chance at the W.