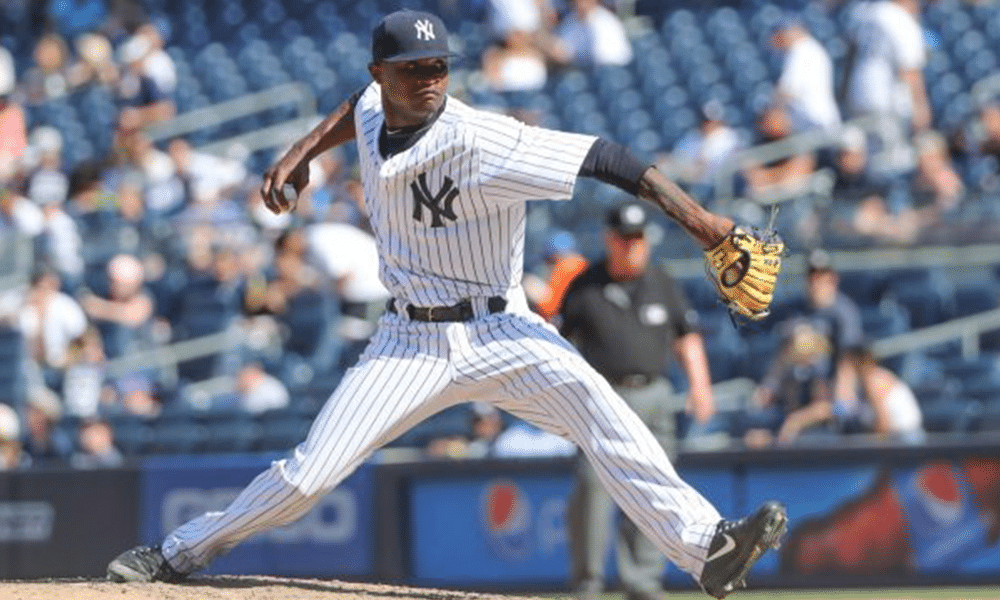 Season Stats (10 GS) 6 W, 3.02 ERA, 1.13 WHIP, 57 K/ 14 BB in 56 IP
Eflin has done a great job improving this season, monumentally so over his first two years. First of all, he has experienced a spike in his velocity, and secondly, he’s received a correlating spike in K%. To go along with that, he’s also managed to limit damage with a HR/9 rate of 0.64 which is 6th best for starters with over 50 innings pitched this season. Combine that with an above average walk rate, you have a recipe for success. He should provide about a K and inning with solid ratios and a pretty good chance at the W, facing off against Baltimore.

Season Stats (9 GS) 2 W, 5.32 ERA, 1.21 WHIP, 75 K/ 21 BB in 64 IP
German’s ERA has (somewhat understandably) scared off some from from trusting in him or wanting to stream him. Consider though, his ERA indicators suggest a mid-3s ERA would be more appropriate for his performance. A lot of what drives that is his outstanding K rate and swinging strike rate. He is striking out a whopping 27% of all batters he faces, and has even managed to develop his command in order to reel his walk rate back in to league average (his last 11 innings he is without a walk). He has had a couple erratic starts which have inflated his ERA, but he still offers a great chance at the W and should about as many Ks as you can ask for from a streamer.

Season Stats (16 GS) 4 W, 4.53 ERA, 1.30 WHIP, 69 K/ 24 BB in 89 IP
Estrada is not having the best of seasons, but does benefit from the matchup against the Mets. He is really best to stream if you are looking for the W at the beginning of a tough week. The Mets have been awful this season, and as a flyball pitcher Estrada has been able to induce a slightly above average amount of soft and hard contact. He is not a strikeout pitcher, but he does have good command and can limit his walks. He should be a good bet for a W and has the possibility of decent ratios with a weak opponent.