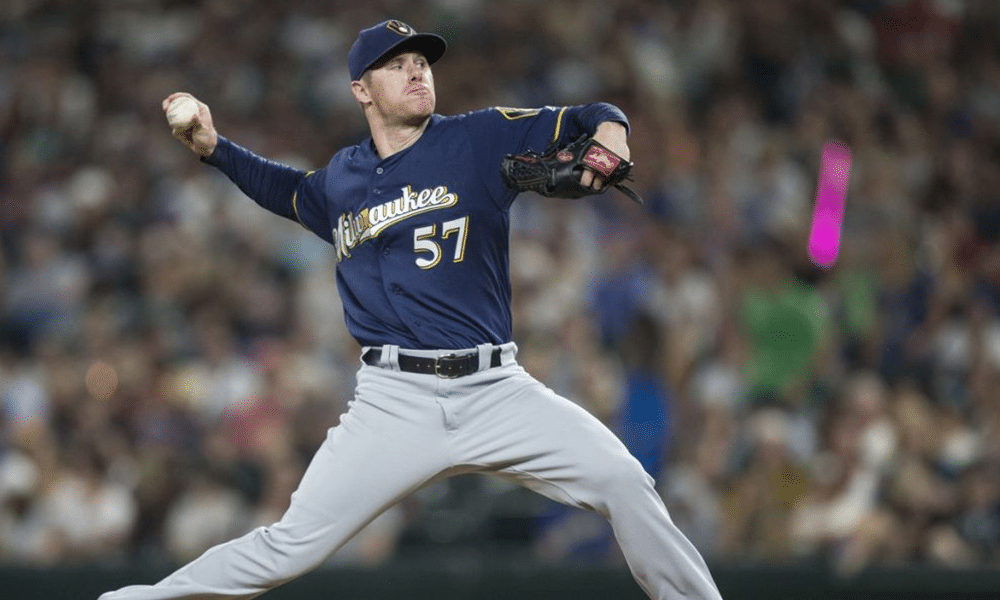 Season Stats (16 GS) 6 W, 4.18 ERA, 1.13 WHIP, 68 K/ 35 BB in 88 IP
Anderson had a career year last season, with a sub-3 ERA for the first time. He has been unable to repeat that so far this season, and it looks like last season may be the outlier. However, he does have a strong offensive team behind him, which gives him the advantage for wins against the Twins. One area that Anderson is doing well in is pop ups. He is getting about 5% more pop-ups (basically automatic outs) than league average.

Season Stats (9 GS) 3 W, 4.82 ERA, 1.59 WHIP, 36 K/ 23 BB in 46 IP
Admittedly, Covey was schlacked his last outing, falling victim to the longball in Texas. However, as the adage goes, prospect growth is not linear. With that in mind, consider the positives that Covey has accomplished this season. Let’s start with a phenomenal 58% groundball rate, which is top tier. His changeup garners 53% groundballs and his sinker 63%. Again, another indicator that the four home run blowout will not be a regular occurence. His changeup serves another purpose though, as it gets quite a few whiffs, especially outside of the zone. In addition, prior to his last start, most of his expected stats said that he was getting unlucky. For example, expected batting average, expected on-base percentage, expected batting average on balls in-play, and expected on-base average were all lower than his actual stats. In summary, it’s highly likely that Covey will perform better moving forward, with decent Ks and ratios. He’s also battling one of the worst starters in baseball this year (by WAR) in Sal Romano of the Reds, so the W is not out of the question by any means.