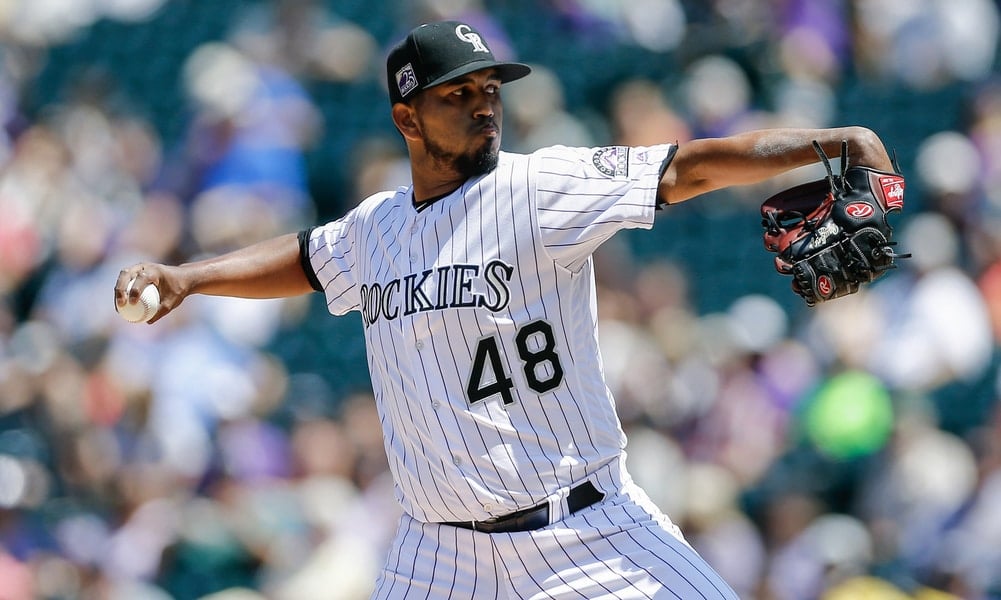 Marquez is putting together a fantastic second half of the season in 2018. He’s really taken a step forward, and has struck out 29% of batters, earning himself a 2.89 ERA and a 1.05 WHIP. Even on the season, despite an inflated ERA (due in part to Coors and poor results at home) he has a mid 3s xFIP and SIERA. He’s really shown that he can have extended success and it’s not a fluke. Amazingly, his second half Coors ERA is a 2.18. This is a pitcher who can have success on the road and at home. His 47% groundball rate is also very helpful in Denver and anywhere he pitches. He should fare well against the Padres, and should get you great Ks, good ratios, and a good chance of the win.

While Musgrove has held a 2.84 ERA in the second half, indicators show that he has been a little lucky and is more like a mid to high 3s ERA. He doesn’t have overwhelming stuff that will blow by a ton of batters for strikeouts, but he also commands the zone well, and doesn’t walk many batters. The Cards will certainly make for a tough opponent, especially with the tear Carpenter has been on. If you look, though, at the 18 plate appearances Musgrove has against the current St. Louis roster, he has a 38% K rate along with a FIP of 1.00 and an expected opponent batting average of .169. He should give you good ratios with some Ks and a slight chance of the win.

The Cardinals have been on fire in the second half, making a surge through the standings as they push for the playoffs. Gant has pitched well in his dozen or so start this season, and while the ERA may regress a bit, he still holds some value. He gets a decent ground ball rate along with some Ks (a little less that a K an inning) and could have some room for growth. He has an 11% swinging strike rate, so it’s not out of the question for him to gain a few Ks. He also has been able to suppress home runs this season, and while we are yet to see if it is a true skill, he is getting more than 20% soft contact on flyballs. He should provide a good chance at a win, with decent Ks and decent ratios.