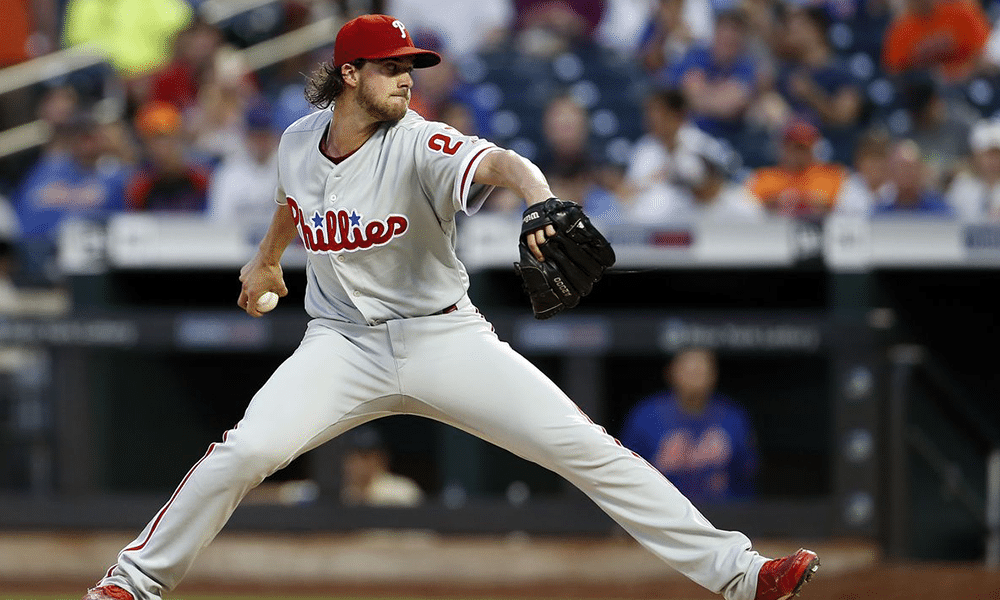 We’ve done that work for you. Whether it’s hot bats to pick up or measuring the rising stock of players already owned, this is the rundown. Here’s a look at standouts over the past week by Starting Pitchers.

Nola has taken a step forward this year into Ace-dom and last week was no exception. With great control, amazing K rate, and groundball rate above 50% he knows how to get outs.

Hellickson recovered nicely after giving up 8 ERs two starts ago. The strikeouts aren’t going to blow anyone away but they are helpful when paired with above average control and a solid GB rate. He looks like a solid high 3s ERA pitcher and back of the rotation fantasy arm.

When he has been on the field this season, Maeda has been outstanding. He compiled 9 of his Ks last week in less than 6 innings, and tacked on a bit in a short relief appearance. As long as he can stay healthy he will be a huge asset. The Dodgers are more likely to send Hill to the pen than Meada.

Overall, Duffy’s season has been less than stellar, and the peripherals say he’s earned that. However, his over this last two outings, no ER, and well over a strikeout an inning. Granted, they were not against contending teams, ( Twins and White Sox ) but it’s admirable nonetheless. It’s a little bit of luck and with his walk issues, bad run support and SIERA approaching 5, I wouldn’t rush out to grab him other than as a streamer.

While Cole is not necessarily on the tear that he was at the beginning of the season, he’s still been phenomenal! Second highest K% of all qualified starters at 35.2%, only trailing Sale. He has only allowed more than  1 run in 1 one of his last 5 starts.

Greinke is showing he still has some gast in the tank, finessing a K an inning with a low 3 ERA. The peripherals like him, he still has great command, and at 34 he is still a top tier pitcher.

The soft-tossing lefty is still managing to find success for the Mariners. While he is not striking out many, his ERA indicators show that he deserves a mid 3 ERA and a low whip. Gonzales gathers a fair amount of ground balls and gets the run support he needs to rack up Ws. Currently he is day-to-day with a calf injury.

E-Rod’s last three starts were shutouts with 5 or more Ks. Not too much to complain about. The one trouble has been staying healthy however, and it appears that he is undergoing an injury to his ankle. He will be in a boot two weeks before being re-evaluated.

Carrasco picked up a start and a relief effort last week to tack on a few more Ks. He has had a few injuries to battle off but the K rate is solid and the WHIP is as well. HIs ERA indicators show that there is potential for his ERA to deflate with time and better fortune.

Sale continues his stretch of domination and frankly, his campaign for AL Cy Young. The Ks are phenomenal, let’s just hope he is able to keep up down the stretch, as he has faded in late months during the previous seasons.