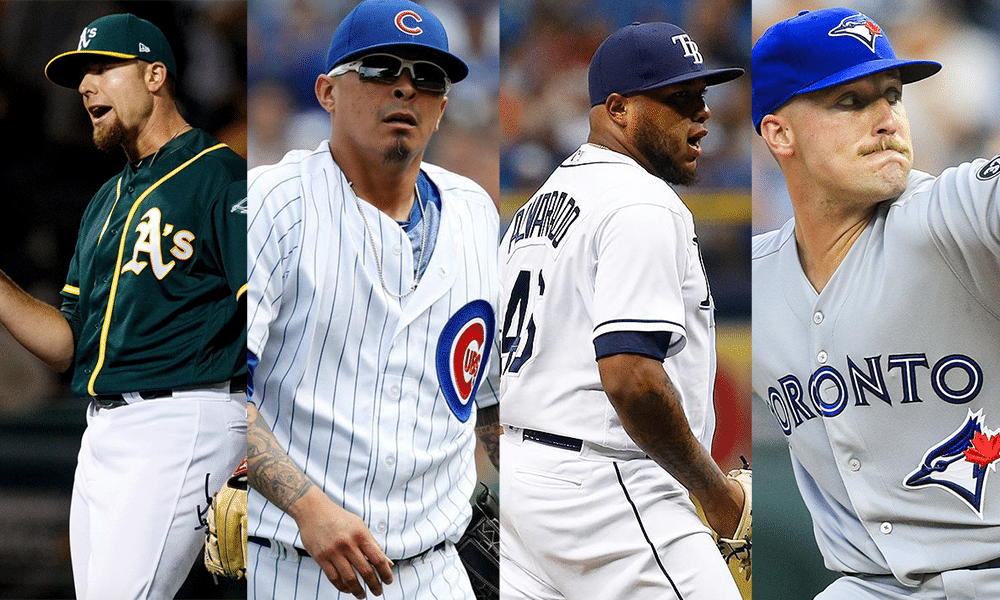 Reid-Foley has a 5 plus ERA this season, albeit in only 19 innings so far, quite the small samples size. However, as far as deserved indicators, he probably would be closer to a 4 ERA given more time and a longer stretch. He is also a very solid prospect, drawing in a K rate above one an inning in the minors. His swinging strike rate in the majors has been very similar to his Triple-A numbers, so it’s very likely he can keep up the above average K rate, as he expressed i a 10 K,. 7 inning start, only allowing 1 run against the Marlins. He should be able to provide good Ks and in favorable matchups give you some solid ratios.

Roster in deep leagues (or stream off the bench)

Alvarado has put together a very solid sophomore season at just age 23. He has been able to pull in a sub 3 ERA with solid K rates, albeit a few more walks than desired. The flame-throwing left has picked up 3 saves in the last 30 days, with two coming last week. While Tampa is not one to stick to any particularly traditional bullpen format, Romo has been the de facto closer, and at this point Alvarado is a good handcuff, as he has a high likelihood to be a future closer in Tampa.

Roster in deeper leagues (as a handcuff)

Chavez has found a very successful role in the Cubs pen as a long relief man, and has been invaluable for Chicago. He did not walk anyone last week and that is a great indication of his command and control this season. He is only walking 4.5% of batters this season, walking only 15 of 334 batters faced. If you are punting saves, or you have enough spots to roster a reliever who isn’t in position to close, Chavez can help your ratios and give you some solid strikeout numbers.