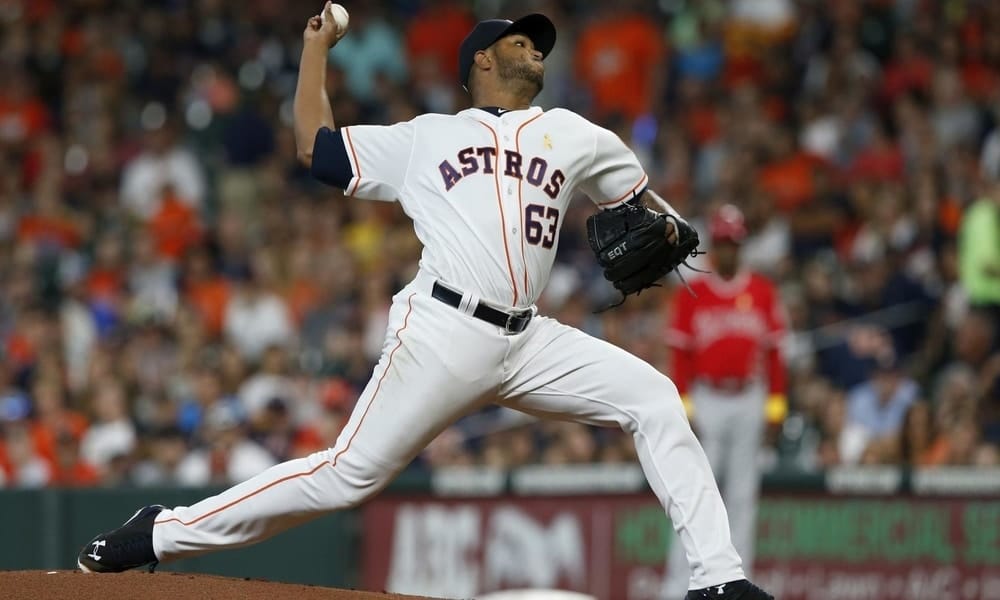 James stepped up for the Astros in his first couple of starts down the stretch and could be a valuable piece all the way into the postseason for the Astros. His fastball velocity sits in the high 90s and his changeup has gotten a good amount of swinging strikes. Right now he has 37% K rate in his major league innings, which is a huge number. But when you consider he had a 35% K rate in 92 minor league innings this year, it is possible that he could continue to keep his strikeout rate about 30%. His walk rate was a bit higher than average in the minors as well, but not enough to really get him into trouble, as the strikeouts more than compensate for it. He should provide great Ks, good ratios and a strong chance of the win.

Touki has flashed his upside a bit in his first few major league starts. He has a devastating curveball and a solid fastball in his arsenal. A couple things to note about Touki are that he hasn’t been stretched out past 6 innings yet, and he also has struggled with command in his last couple of starts. The last few years in the minors his ratios have been very good and his strikeout numbers hae as well. But he is currently sporting a 16% BB rate at the moment, with more than a walk every two innings. The solid strikeout stuff will still play though, and he if he regain some confidence and attack the strike zone he can provide good ratios along with a fair chance of the win.