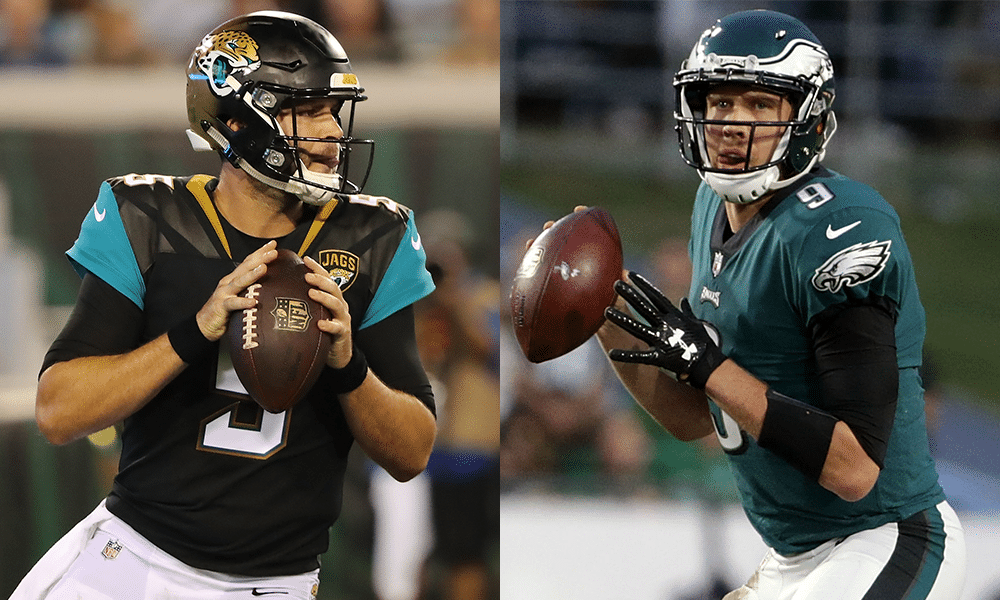 *All Own % are based on .5 PPR Yahoo Leagues

Bortles finished as a top 15 QB last year even with his best receiver Allen Robinson undergoing season ending surgery and in a run heavy offense. The Giants have holes on defense mainly at linebacker and their best pass rusher Olivier Vernon is also dealing with an ankle injury. The Giants also finished 27th in the league last season with 24.3 allowed per game and make for a solid streaming match up.

Dalton has been a solid fantasy contributor in the past with several top 15 finishes and has decent weapons on offense in WRs A.J. Green and John Ross, TE Tyler Eifert and pass catching running backs Joe Mixon and Giovani Bernard. The Bengals also upgraded their offensive line and should be trailing in most games leading to more pass attempts for Dalton. The Colts were one of the worst defenses last season ranking 30th with 25.3 points allowed per game and should remain near the bottom this year as well.

Taylor was able to fend off 1st overall pick Baker Mayfield this offseason solidifying his place as one of the best QB streaming options in fantasy. The Browns have exceptional talent on offense in WRs Jarvis Landry, Josh Gordon and rookie Antonio Callaway, second year TE David Njoku and pass catching RB David Johnson. The Steelers had one of the strongest defensive units  in the league last season finishing 7th giving up only 19.3 PPG. While the match up is not favorable Taylor has a strong floor due to his rushing ability and is a solid streaming option.

Carson Wentz has been ruled out for week 1 and will possibly be out longer making Foles a strong streaming option until his return. With Alshon Jeffery out the first several weeks and facing a strong Falcons defense that finished 8th in the league only allowing 19.7 PPG, it is not the best situation for success. While the match up is not ideal, this should be a high scoring game with the Eagles likely trailing and forced to throw providing Foles volume and garbage time points.