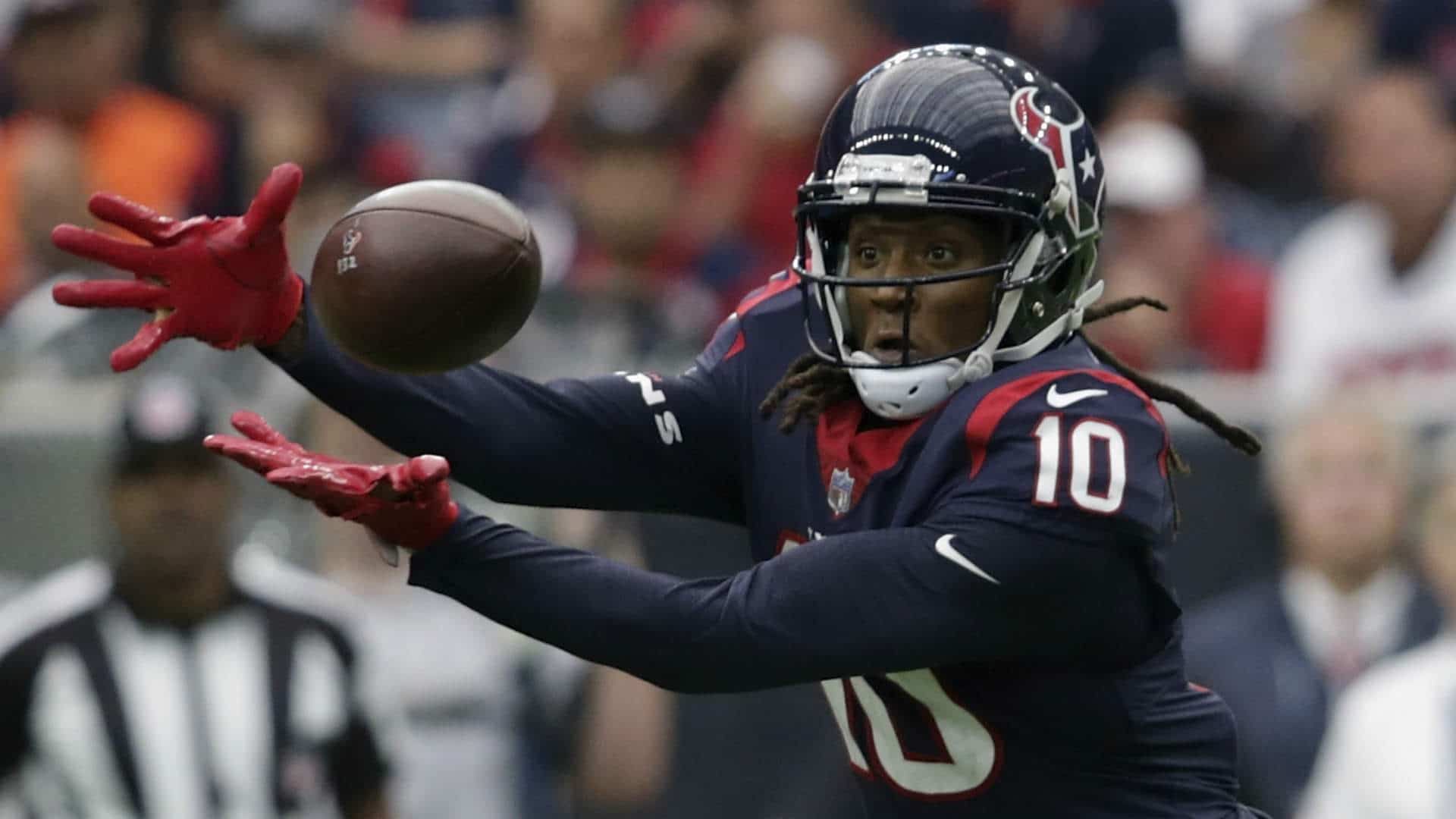 Every season since 2013 at least one of the top-five running backs taken hasn’t played in more than six games the entire season. Last season Leveon Bell who was commonly taken either 1st or 2nd in most drafts held out the entire season and another consensus 1st/ 2nd overall pick David Johnson in the season opener of the 2017 season fractured his wrist requiring surgery missing the rest of the year. This season Ezekiel Elliot a consensus top-two pick going into drafts and Melvin Gordon a top 10 running back are both threatening to hold out into the season.

Based on current avg adp a mixture of Saquan Barkley, Alvin Kamara, Christian McCaffrey, and Ezekial Elliott are projected to go in the first 4 picks with DeAndre Hopkins rounding out the top 5. While Elliott offers the safest floor he also holds risk with a possible contractual holdout looming. For those drafting outside of the top 4 picks starting your draft with either DeAndre Hopkins, Davante Adams or Julio Jones makes for a way to avoid injury risk at RB and still receive comparable production.

At pick 5 instead of selecting David Johnson, Le’Veon Bell, James Conner or Nick Chubb there are several WRs that are arguably safer selections like DeAndre Hopkins, Davante Adams or Julio Jones. Running backs also have a greater chance to develop as the season progresses as injuries occur, Nick Chubb and Damien Williams were league winners last season who went unowned for most of last season.

Gordon could possibly hold out for more than half the season and Ekeler stands to lead a 60/40 timeshare with Justin Jackson. A talented pass-catcher in a strong offense, Ekeler has added value in PPR leagues but could be a solid RB2/ FLEX for as long as Gordon is out.

After losing touches to Frank Gore in a confusingly managed Adam Gase offense last season, Drake is free of both with Gase now head coach of the Jets and Gore on the Bills. While a preseason injury and positive camp reports from Kalen Ballage have lowered his draft stock Drake remains the back to own with possible a three-down role. While the Dolphins offense is one of the worst in the league, Drake is a talented pass-catcher who should benefit from a negative game script and have added value in PPR leagues with a solid floor as a FLEX option with RB2 upside.

Coming off of an injury-plagued rookie season, behind a weak offensive line on a poor offense there are plenty of obstacles for Guice to overcome sharing the backfield with a 34-year-old Adrian Peterson and injury-prone Chris Thompson. The Redskins have a difficult early-season schedule but Guice is a talented runner who could eventually earn a three-down role.

Possible pass-catching role in strong eagles offense, behind plodding Jordan Howard. Solid flex option that could develop into more as the season progresses and the talented rookie develops.

Goal-line role on one of the best offenses in the league and a Kamara injury away from RB1 value. Should be a solid flex most weeks with a positive game script.

Set for a timeshare with Tevin Coleman with Mckinnon on the IR, injury-prone but extremely talented on what could be an explosive offense.

Behind starter Chris Carson who has a checkered injury history, Penny should still have a role in the passing game with the retirement of Doug Baldwin and injury to DK Metcalf.

Handcuffs to target towards the end of drafts: